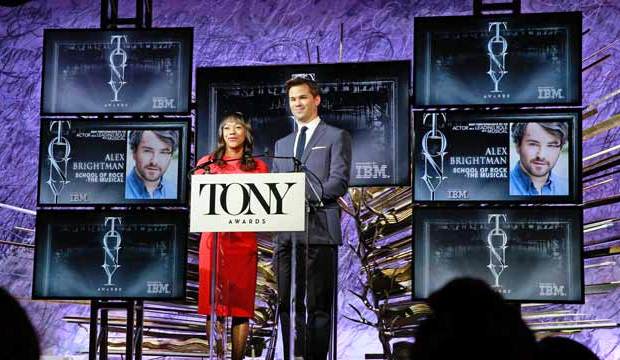 “In terms of prediction secrets, I’d say the number one thing I try to do is stay current with the word of mouth a production is receiving,” reveals Michael Wachowiak, who got the highest score among users in Gold Derby’s contest to predict the 2016 Tony Awards nominations. “They can be dark and angry places, but internet chat boards hold a lot of information and can be especially helpful for keeping up to date with the current state of Broadway. Another thing I’ve learned to to go with your gut.”

Wachowiak tied with 10 other entrants with 87% prediction accuracy, but racked up the best point total of 9,662 by using his two big bets wisely. Since he is eligible, as per our contest rules, he wins our prize of a $100 Amazon gift certificate. (Click here to see where YOU ranked.) The best forecaster of all was Gold Derby’s executive editor Paul Sheehan, who earned an impressive 89% accuracy rate. Wachowiak hails from Buffalo, NY where he works in the healthcare/benefits exchange. However, he tells us that his true passion is theater. “I have a BFA in Theatre Performance and I’m very active in our thriving theater community here in Buffalo. I’ve been predicting the Tonys independently for years and wanted to try it in a more official capacity.”

Of the eight categories we were predicting at Gold Derby, Wachowiak only missed two nominations. He forecast Nicola Walker (“A View from the Bridge”) for Best Actress (Play) instead of eventual nominee Laurie Metcalf (“Misery”), and he also predicted Audra McDonald (“Shuffle Along”) for Best Actress (Musical) as opposed to Carmen Cusack (“Bright Star”).

Wachowiak explains, “The Tonys have very few reliable precursor awards, so a lot comes down to really trying to get into the minds of those nominators. Also there is always a shocking snub. Trying to identify that snub or feeling the buzz behind a potential spoiler is helpful (Cusack getting in over McDonald, for example).”

The 70th annual edition of these top theater kudos will be handed out on Sunday, June 12 at New York’s Beacon Theater. They air live on CBS and will be hosted by “Late, Late Show” star (and past Tony champ) James Corden.