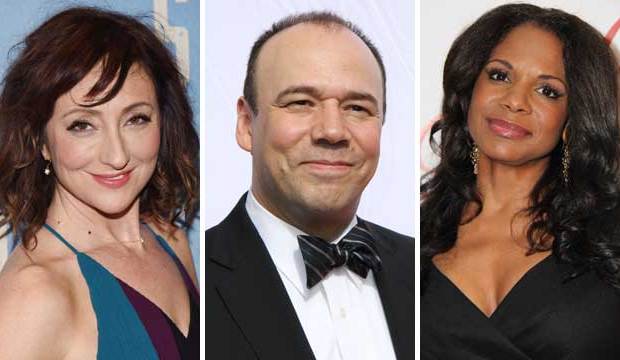 While the headline news about this morning’s 70th Annual Tony Awards nominations coalesces around the record-breaking 16 nominations received by “Hamilton,” there are plenty of other surprises to be happy, sad, and angry about:

GOOD
Expanded categories: In a year with so many incredible productions, it appeared very likely that many terrific shows would be left out of the top categories this morning. Thanks to the rules put in place allowing for expanded categories, though, we saw an additional nominee in Best Musical, Best Play Revival and Best Musical Revival. As a result, “Bright Star,” “Blackbird” and “Spring Awakening” respectively, all celebrate much-deserved kudos.

Spreading the wealth: With such critically-acclaimed productions like “Hamilton” dominating so many categories, many shows, especially those that closed in the fall, could have easily been overlooked. This year, the Tony nominating committee honored 26 of the 36 eligible productions in categories where they truly deserved the attention. Seven of those shows received one nomination a piece, indicating that the committee made a concerted effort to spread the wealth.

Deserving Featured Actor and Actress nominations: With so many Featured Actors and Actresses eligible each year, many deserving performers are often overlooked. It’s great to see nominations for such memorable performances from David Furr, Megan Hilty, and Andrea Martin from “Noises Off,” Richard Goulding from “King Charles III,” and Pascale Armand and Saycon Sengbloh from “Eclipsed.”

BAD
“Fiddler on the Roof” underperforms: While it received major nominations in Best Musical Revival, Actor for Danny Burstein, and Choreography, this exquisite mounting of “Fiddler on the Roof” deserved additional recognition, particularly for director Bartlett Sher and Featured Actor Adam Kantor.

“The Crucible” also underperforms: Although virtually impossible for every member of a large ensemble to receive individual recognition, “The Crucible” missed out on a lot of deserving Acting nominations, including Ben Whishaw, Saoirse Ronan, Ciarán Hinds and Jim Norton.

UGLY
Audra McDonald (“Shuffle Along”) sits this year out: Although pundits predicted a surprising omission in the Actress (Musical) category, not hearing Audra McDonald’s name came as a shock. Her performance of song “Memories of You” alone should have guaranteed her a slot in the category. At least she can take comfort knowing she remains the winningest actress in Tony Awards history.