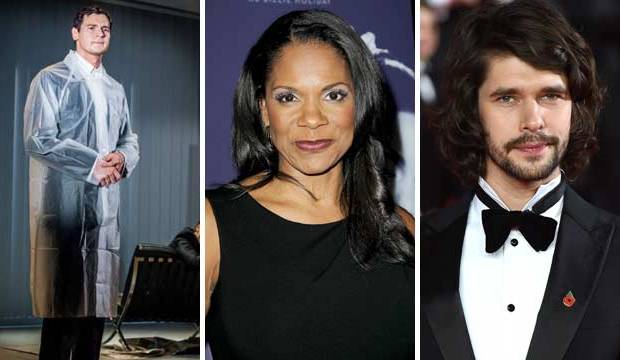 With 36 productions in contention for this year’s Tony Awards, there were plenty of names missing when nominations were announced on Tuesday. Among the most surprising was the absence of Tony queen Audra McDonald for “Shuffle Along.” The show received 10 nominations, including Best Musical, Best Book of a Musical, Best Direction and featured-acting bids for Brandon Victor Dixon and Adrienne Warren. But McDonald was missing from the Best Actress lineup, so she won’t get a chance to add to her record haul; to date she has won six times, more than any other performer at the Tonys.

“American Psycho,” the musical based on the famous novel by Bret Easton Ellis, was snubbed almost across the board, including from Best Musical and Best Actor (Benjamin Walker). It had to settle for a pair of nominations in craft categories: Best Scenic Design and Best Lighting Design.

Also absent from most categories were the musicals “On Your Feet” (which contends only for Best Choreography) and “Tuck Everlasting” (up for Best Costume Design).

Other actors left out include “The Crucible” star Ben Whishaw, who missed out on Best Actor even though the show earned bids for Best Play Revival, Best Actress (Sophie Okonedo) and Best Featured Actor (Bill Camp). And Nicola Walker (“A View from the Bridge”) was snubbed from Best Actress despite that show’s impressive five nominations, including Best Play Revival, Best Direction and Best Actor (Mark Strong).