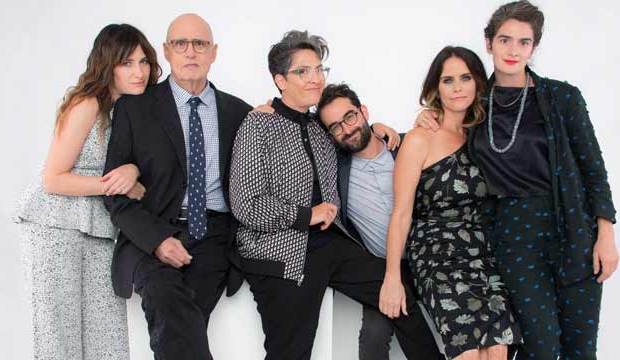 Amazon’s “Transparent” debuted its third season on Friday, September 23, less than one week after adding three more Emmys to its awards tally, including Best Production Design and repeat wins for Best Comedy Actor (Jeffrey Tambor) and Best Comedy Directing (for the episode “Man on the Land” by series creator Jill Soloway). The acclaimed dramedy follows the dysfunctional Pfefferman clan as former patriarch Mort (Tambor), now Maura, struggles to find happiness during her gender transition while the rest of the family deals with both Maura’s issues and plenty of their own as well.

In just two seasons, “Transparent” has accumulated 21 Emmy nominations and eight wins, along with multiple nominations and wins at the Screen Actors Guild, Golden Globes and Critics’ Choice Awards. Now there’s already reason to believe Season 3 will add to the show’s already significant awards collection: critics are weighing in, resulting in 100% freshness on Rotten Tomatoes and an 89 on Metacritic. Below is a sampling of their thoughts:

Corey Atad (Esquire): “The show stakes its claim as the best show of any kind on television. ‘Transparent’ remains unique in the landscape of prestige television, going for the looseness of an indie comedy while displaying all the precise complexity of the most subtle dramas — right there alongside ‘Mad Men.’ It’s a show that can slay you with a single close-up, but it does so sparingly, pointedly, and always in the most surprising places.”

David Rooney (Hollywood Reporter): “Season three of Jill Soloway’s groundbreaking ‘Transparent’ may turn out to be its funniest and most soulful yet. The head-on collision of self-absorbed entitlement with yearning solitude that has defined the fractious Pfeffermen clan from the start still sets off sparks of merciless hilarity, but it’s the poignancy of their interconnected dysfunction that makes the show so compelling.”

Willa Paskin (Slate): “A show as good as ‘Transparent,’ a series that cannonballed into the TV pool with such a splash it single-handedly established Amazon as more than a big-box store, may be as wonderful as ever, but a third season, debuting Friday, is still a third season. Buzz, like champagne, goes flat. Well, screw blasé feelings about continued excellence: Season 3 of ‘Transparent’ is as excellent as ever, still better than pretty much everything else on TV, and exceptional in ways that are intrinsically tied to it being a third season.”

Jeffrey Tambor leaving 'Transparent' amid sexual harassment allegations: Will YOU still watch without…

Golden Globe TV predictions: Jeffrey Tambor & Aziz Ansari are dead even according to our all-stars