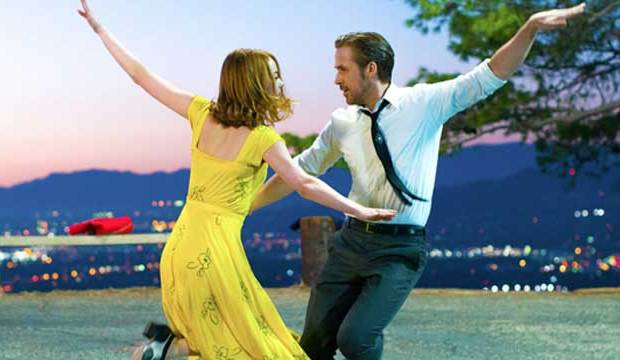 “La La Land” is set to be a major player at the 2017 Oscars following its debut to rave reviews at the Venice Film Festival on Wednesday. Ryan Gosling and Emma Stone star in this romantic musical, which will be released stateside on December 16. He plays a jazz musician, she an aspiring actress, both struggling to make it in Hollywood.

It’s written and directed by Damien Chazelle, the 31-year-old helmer whose 2014 breakthrough film, “Whiplash,” won three Oscars and earned him a nomination for Best Adapted Screenplay (he lost to Graham Moore for “The Imitation Game”).

After reading the following excerpts from some of the critical hurrahs, be sure to make your Oscar predictions right here. Don’t worry, you can keep changing them right up until nominations are announced on Jan. 24.

Pete Hammond (Deadline): “This is a gorgeous romantic fever dream of a musical that should hit contemporary audiences right in their sweet spot.  It has been a very long time since we have seen something quite this lyrical, lovely, and most importantly, original on the screen, but at the same time it is a musical that has its feet firmly planted in the real world , even if the one up there on the wide Cinemascope screen is very stylized.”

Peter Bradshaw (The Guardian): “The seasons of a love affair are played out beguilingly in this wonderfully sweet, sad, smart new movie from Damien Chazelle and the Venice film festival could not have wished for a bigger sugar rush to start the proceedings. It’s an unapologetically romantic homage to classic movie musicals, splashing its poster-paint energy and dream-chasing optimism on the screen.

Geoffrey Macnab (The Independent): “A wildly ambitious widescreen musical drama that, at its best, hits some very high notes indeed. It features exceptional performances from its two leads. The downside is that the film is uneven and has its moments of extreme kitsch and bathos.”

Like Chazelle, Gosling and Stone are past Oscar nominees looking for their first wins. Stone lost Best Supporting Actress for “Birdman” to Patricia Arquette (“Boyhood”) in 2014, while Gosling lost Best Actor for “Half Nelson” to Forest Whitaker (“The Last King of Scotland”) in 2006.

See each Oscar expert’s individual rankings right here. Here’s how the Best Picture predictions break down according to our pundits’ odds, and which experts are backing them: