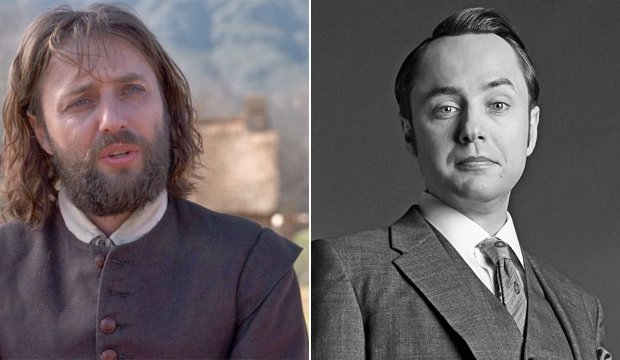 Much as his “Mad Men” character Pete Campbell never got the respect he craved at Sterling Cooper, Vincent Kartheiser was never shown respect from Emmy voters. In fact, Kartheiser is the only principle player on that series to never receive a nomination, while all of those around him — Jon Hamm, Elisabeth Moss, John Slattery, Christina Hendricks, January Jones, Robert Morse — earned multiple bids. For Pete’s sake! Will his leading role as William Bradford on National Geographic Channel’s limited series “Saints and Strangers” change all of that?

Don’t forget, Kartheiser was a surprise nominee earlier this year at the Critics’ Choice TV Awards for his role on “Saints and Strangers” in the Best Movie/Mini Actor race. The critics are often good at bringing under-the-radar programs to the eyes of Emmy voters, so Kartheiser’s nom could portend major Emmy consideration.

“Saints and Strangers” was a two-night program that aired on Nat Geo last Thanksgiving. This limited series tells the story of the Pilgrims crossing the Atlantic on the Mayflower and the struggles during their first year in the new land. Kartheiser plays William Bradford, the leader of the Pilgrim settlers whose great faith in a divine plan helps inspire the new land inhabitants in their struggles with disease and weather hardships in their new home of Plymouth, Massachusetts.

Much as Pete had to fight his way to respect at Sterling Cooper and Bradford had to fight for survival on the Mayflower’s rough crossing, Kartheiser’s fight to earn Emmy votes is not impossible. In fact, the Critics’ Choice nominations for Kartheiser, Raoul Max Trujillo and Best Movie/Mini may encourage voters to take a look at their FYC screeners and finally give the guy a nomination. Will Kartheiser make the cut? Make your own Emmy predictions right here.