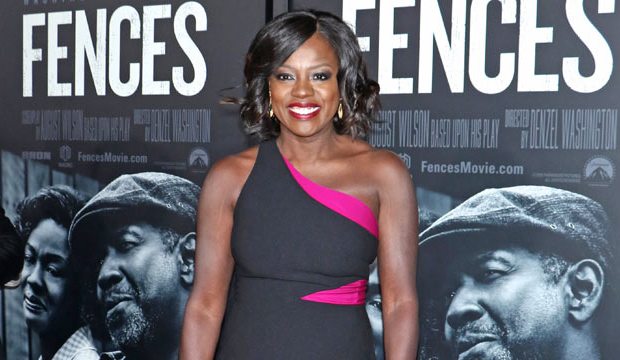 One of the most persistent questions at this year’s Oscars has been the placement of Viola Davis in either lead or supporting for “Fences.” Whether or not she’s deserving of a nomination is of little doubt, but in what category has been much debated. Confusion still seems to be rampant as to Davis’ placement and the rules for an Oscar nomination, so Gold Derby has detailed the six lingering questions below.

Has she already submitted for Best Supporting Actress?
Actually, there is no submitting for categories when it comes to the Oscars. Davis and her team made the announcement this fall that she would campaign for supporting as opposed to lead. Campaigning means she’ll be advertised in publications as “For Your Consideration” as a supporting actress, but the Oscars still allow members to vote for her in any category they choose.

What about other awards?
The Screen Actors Guild allows actors to choose their placement since in order to be nominated for an award actors or their representation have to fill out a form and check a box as to where they want to be considered. Oscars don’t have this procedure. The Golden Globes administration decides on their own where they want to place people, hence situations like Hugh Grant (“Florence Foster Jenkins”) being submitted as a lead there but as a supporting actor at the SAG Awards.

Does the academy ever go against the “FYC” campaign?
Not usually. It has long been sort of an unwritten agreement between the academy and actors that the studio-sponsored ads are also directives. Most of the time the voters have done what the actors and their studios have wanted. However …

What were the exceptions?
The most glaring exception was in 2008 when Kate Winslet was nominated and won the Best Actress Oscar for “The Reader” when she had been campaigned and even won the Golden Globe and SAG Awards as a supporting actress. This was an unusual situation since Winslet also had the film “Revolutionary Road” in release and had won a lead actress Golden Globe for that film. Her campaign for supporting seemed to be a move to gain two nominations in the same year, as actors aren’t allowed to receive more than one nomination in each category. Enough voters rejected the idea that she was a supporting actress in “The Reader” and voted for her as lead actress. Another odd exception was in 1981 when Susan Sarandon received her first ever nomination for the film “Atlantic City.” Sarandon was campaigned as a supporting actress and has said she even voted for herself for the supporting award, but for some reason the academy saw things differently and awarded her a lead actress nomination.

Didn’t Davis win the Tony as lead actress?
That is perhaps the oddest aspect of Davis’ award history. When “Fences” was revived on Broadway in 2010 Davis was initially considered a supporting actress (the Tonys call their supporting players “featured”) due to her billing in the play. Tony rules dictate that lead performers are those whose names are above the title and featured performers are those below it. Davis was billed below the title, but the producers of the play petitioned the Tony nominating committee to move her to the lead category, which she then won. Now with the film version the thinking has been reversed and she has been moved down to the supporting race. That is probably more consistent with the play’s history since Mary Alice, who originated the role in 1987, won the Tony in the featured category.

What if Davis gets votes in both lead and supporting?
Academy rules dictate that she’d be nominated in whatever category she receives the most votes in. So, where will she be nominated? Check back on January 24, 2017 to see what Oscar voters decide.

Be sure to make your Oscar predictions so that Hollywood insiders can see how each film is faring in our Oscar odds. You can keep changing your predictions right up until just before nominations are announced on January 24 at 5:00 am PT/8:00 am ET. Be sure to read our contest rules. And join in the fierce debate over the Oscars taking place right now with Hollywood insiders in our forums.

A very English Emmy battle? Our pundits are divided between Paul Bettany and Hugh Grant