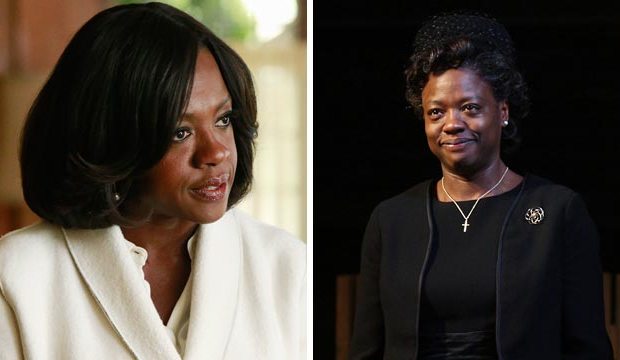 Courtesy of ABC and StarPix/REX/Shutterstock

Viola Davis is favored to go two for two at the Emmys with another Best Drama Actress win for “How To Get Away With Murder.” But that might not be the only Best Actress prize she walks away with this year. She is reprising her 2010 Tony-winning performance in the film version of “Fences,” a powerful piece in which she plays the wife of an African American man (Denzel Washington) struggling with race relations and raising a family in 1950s America.

“Fences” certainly has a strong awards pedigree. Pulitzer Prize and Tony Awards champ Tony Kushner (“Angels in America”) adapted August Wilson’s play, which won both the Pulitzer and Tony in 1987, for the screen. That makes for a nice parallel which gives this project a level of prestige otherwise out of reach for many other awards hopefuls. Kushner has been nominated twice before for Best Adapted Screenplay (“Munich” and “Lincoln”). Clearly, he is a dab hand at adapting key pieces of literature.

A cinematic adaptation of an award-winning play is usually a very good thing for the actors involved, even if the film itself doesn’t live up to the heights set by the original. Consider “August: Osage County,” which won both the Pulitzer and Tony in 2008. The 2013 film was considered a disappointment overall but still reaped Oscar bids for lead Meryl Streep and featured player Julia Roberts.

Recreating a stage role on screen often results in more awards recognition for the actor. Frank Langella won a Tony in 2006 for his work as Richard Nixon in “Frost/Nixon” and then reaped an Oscar bid for the 2008 film version. Reprising a role shows commitment to the story and a love for the part, which actors appreciate.

Davis could campaigning in either lead or supporting. While she took home the Tony in the top category, the role’s originator, Mary Alice, won down in featured.  Sometimes the supporting race can be easier to win, particularly if the role is a lead one in disguise. Just ask recently crowned Oscar champs Alicia Vikander (“The Danish Girl”) and Christoph Waltz (“Django Unchained”).

While it looks like the route is pretty clear for Davis to earn a nomination, are there any potential downfalls? Well, Washington is also directing and it will be interesting to see how well he does. He has directed three times before; two feature films — “Antwone Fisher” (2002) and “The Great Debaters” (2007) — and one episode of “Grey’s Anatomy.”

While all three efforts were met with praise and good reviews, “Fences” will, undoubtedly, be the most high profile, the most awards relevant, the one with the most pressure and the one with the highest expectations (those last two sound like a pair of discarded “Friends” episodes, right?). Will Washington be able to pull it off? Will his attempt lean more towards Kevin Costner with “Dances With Wolves” or Jack Nicholson with “Goin’ South.” Right now, it looks like the former will be a more apt comparison but only time will tell.

Denzel Washington: Which of his Oscar-nominated performances should have earned him a 3rd trophy? [POLL]