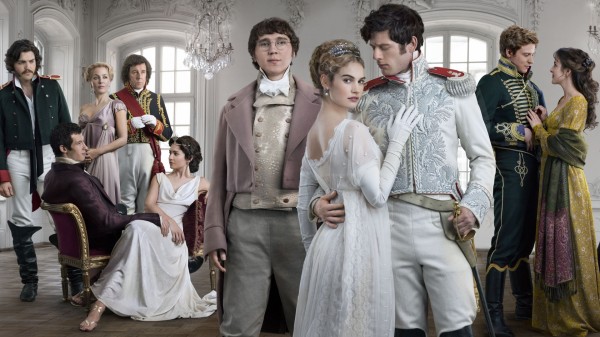 “The idea with the score,” revealed “War & Peace” composer Martin Phipps during our recent webcam chat (watch below), “was to somehow capture the real, personal smallness of these people’s lives surrounded by the huge, vast epic-ness of the historical context, and where it was set. So the music was either very small and intimate, and very personal, or huge and big and sweeping. That was the thing we sort of bounced back-and-forth on in trying to put the score together.”

Phipps is no stranger to period dramas, having picked up Emmy nominations for his work on “Sense & Sensibility” (2008) and “Great Expectations” (2011). So it was with great hesitation that he took up scoring duties on “War & Peace,” the lavish small-screen adaptation of Leo Tolsty’s epic novel that ran on Lifetime in January. “To be honest,” he admits, “I wasn’t even that keen on the project. I was trying to move away from doing period drama, and definitely wanted to work on something more modern at that time.”

Yet he was won over by series helmer Tom Harper, with whom he had previously collaborated on the English crime drama series “Peaky Blinders.” “I said, ‘One thing I really don’t want to do is write you a traditional period drama score, [with] strings and piano.” Instead, Phipps drew inspiration from live recordings of all-male Russian choirs from the set. “I picked up on that and said, ‘What I’d really like to do is take that sound and then mix it with modern instruments, mix it with synths, some proper electronics, and some other percussive sounds, and see where we go with it.”

For Phipps, the vocals perfectly conveyed the emotion he was trying to capture in the score. “It’s as human an instrument as you could possibly get,” he says. “When you can make it work, when there’s the sweep and the canvas to work on with vocals, it’s a great thing to be able to use it.”