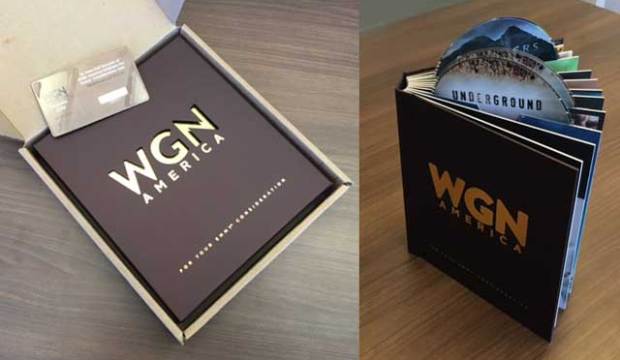 Over the past few days Emmy voters received the smartly designed FYC package from WGN America that was shipped to all 19,000 members of the Television Academy. Contained inside are DVDs with multiple, binge-worthy episodes of each of the network’s kudos contenders: “Underground,” a new drama series about the Underground Railroad that carried slaves to freedom in the early 19th Century, and “Outsiders,” about an Appalachian family that lives above the law.

Also included is a card that gives voters a passcode to view all episodes of both programs at the network’s FYC streaming site.

Click photos above to see close-up glimpses of the FYC DVD mailer.