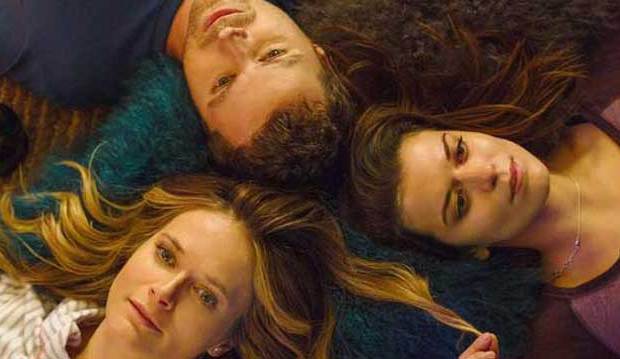 While campaigning two new TV series by DirecTV’s Audience Network — “You Me Her” and “Kingdom” – for Emmys, veteran kudos strategist Richard Licata insists, “There are a lot of colors to an awards campaign. It’s not just gold.”

In short, the stakes are much higher than “You Me Her” and “Kingdom” notching Emmy nominations and wins. “Being in the Emmy race is a great branding opportunity for a network and programs to stand out in the TV landscape amidst all of the clutter,” he adds. “They move to the center ring.”

The Audience Network is receiving new prominence since the acquisition of DirecTV by AT&T last summer. Major investment has resulted in increased original, prestige programming, including “You Me Her,” which is the first show out of the gate from AT&T Entertainment. It was shepherded by Chris Long, president of Audience Network. It’s a “polyromantic” comedy centering on a three-way relationship between a sexually frustrated married couple and a girl-next-door escort they both fall for.

The network’s Emmy campaigns for both “You Me Her” and martial-arts drama “Kingdom” are bold. DVDs featuring 10 episodes of each program were just shipped to all 19,000 Emmy voters, who can also view them during marathon screenings airing on Audience. Typically, many networks only share two episodes of a program contender on campaign DVDs. Why is Audience being so ambitious?

“A program must be binge-worthy,” insists Rich Licata, who cites this point as one of his 5 Cardinal Campaign Rules. “Viewers want to become completely immersed in a TV show. They want the whole season.”

‘You Me Her’: DirecTV brings polyamorous rom-com directly to SAG & Emmy voters in NYC (Podcast)

Rule #2:”If you want your program to break through into the Emmy race, you need to diversity the platforms on which it can be accessed,” he adds. “That includes DVD mailers, screenings, online streaming, mobile devices, network marathons, airlines.”

Rule #4: “Make a significant financial commitment. No money, no way.”

Rule #5: “Generate lots of editorial coverage. Our press friends have a tremendous amount of influence in shining a spotlight not only on above-the-line categories, but on crafts as well.”