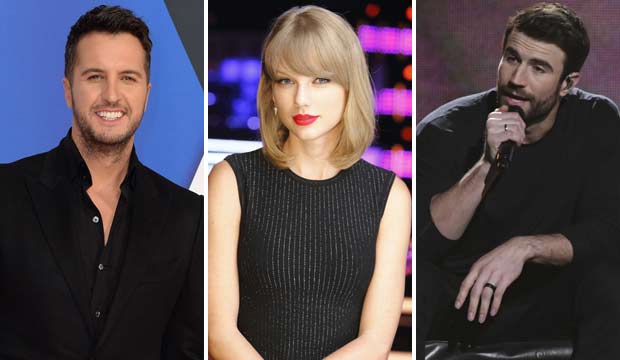 The 2017 CMA Awards are handed out on Wednesday night, November 8, during a live ceremony that will be broadcast live by ABC. Country stars Brad Paisley and Carrie Underwood, both CMA winners themselves, will host the event for the 10th year in a row. But who will take home awards when the Country Music Association decides its best of the year? Gold Derby is predicting 11 categories based on the combined forecasts of hundreds of users who have entered their picks in our predictions center. Scroll down to see our complete racetrack odds by category. There’s still time to make or update your predictions before Wednesday’s event. Enter your picks here.

Miranda Lambert entered these awards with the most nominations (five), including Album of the Year for her acclaimed two-disc set “The Weight of These Wings.” She’s expected to win multiple prizes, including Album and Female Vocalist of the Year, but she wasn’t actually recognized for Entertainer of the Year. The five contenders in that race are all male artists: past winners Garth Brooks, Luke Bryan, and Keith Urban, and two artists aiming for their first wins, Eric Church and Chris Stapleton.

Bryan is forecast to win for what would be the third time in four years following victories in 2014 and 2015. Brooks then won in 2016, which was his fifth time in the winner’s circle, so now he’s gunning for his sixth title. Elsewhere in the top categories, Sam Hunt is expected to claim Single of the Year for his crossover hit “Body Like a Back Road” while Taylor Swift takes Song of the Year for “Better Man,” which she wrote for Vocal Group frontrunners Little Big Town.

Though Stapleton is an underdog for Entertainer of the Year, he’s out front to repeat as Male Vocalist of the Year. Florida Georgia Line is tipped to win Vocal Duo again after last year’s surprise victory by Brothers Osborne. Find out below who else is ahead to win CMA Awards, listed in order of their odds. The projected winners are listed in gold.