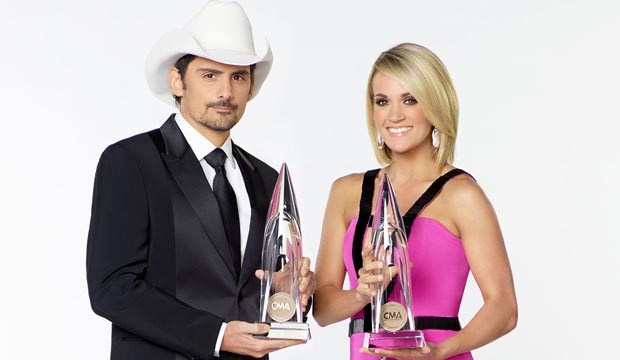 The 51st Annual Country Music Association Awards were handed out on Wednesday night, November 8, during a ceremony that was broadcast live on ABC. It was hosted for the 10th year in a row by country music stars Brad Paisley and Carrie Underwood, both of who are CMA Award winners in their own right. So who took home prizes in all 12 categories? Scroll down for the full list of winners, which we’ll be updating as they’re announced.

Urban was up against two other past winners in the Entertainer of the Year contest: double champ Luke Bryan (2014-2015) and five-time victor Garth Brooks (1991-1992, 1997-1998, 2016). Rounding out that category were Chris Stapleton and Eric Church, who were both aiming for their first victory in that marquee race. Bryan was the favorite to win for the third time in four years according to our racetrack odds, so how did our predictions do? Follow along below, and let us know what you think in the comments.

ALBUM OF THE YEAR
“The Breaker,” Little Big Town
X — “From A Room: Volume 1,” Chris Stapleton
“Heart Break,” Lady Antebellum
“The Nashville Sound,” Jason Isbell and the 400 Unit
“The Weight of These Wings,” Miranda Lambert