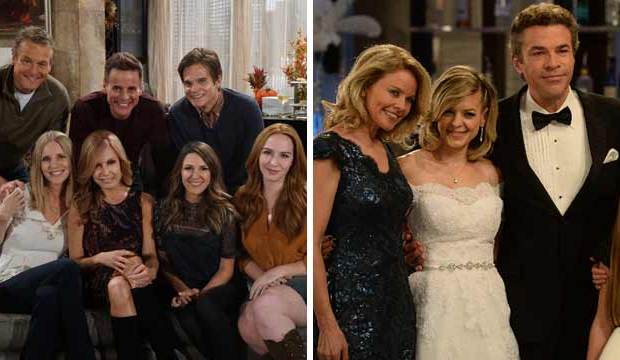 “The Young and the Restless” will be the top nominee in the nine categories we’re predicting for the 2017 Daytime Emmy nominations, which will be announced on Wednesday, March 22, live on CBS’s “The Talk.” In those categories we’re betting on “Y&R” to receive 12 nominations. Below, see our complete predictions by show. Forecast winners are indicated in gold.

These predictions are based on the collective forecasts of Gold Derby Editors who cover awards year-round, the Top 24 Users who got the top scores predicting last year’s Daytime Emmy nominations, the All-Star Top 24 who got the highest scores when you combine the last two years’ Daytime Emmy noms, and hundreds of total Users who make up the largest (and often savviest) bloc of predictors.

But while “Y&R” will get the most nominations according to our predictions, “General Hospital” will be the bigger winner. We’re projecting it to receive 11 bids, including acting noms for eight of its 14 pre-nominees. And it’s the frontrunner to win five races: Best Drama Series, Best Directing Team, Best Actor (Maurice Benard), Best Younger Actor (Bryan Craig) and Best Younger Actress (Lexi Ainsworth).

“The Bold and the Beautiful” and “Days of Our Lives” will trail both of those shows with eight nominations and one win apiece, though “The Bold and the Beautiful” could score nine nominations if it also makes it into the Best Drama Series race. It ranks fourth out of the four soap operas in our predictions, but for the last two years all four eligible soaps have been nominated for Best Drama.

Daytime Emmys: Kristian Alfonso (‘Days’) aims for her 1st nomination in over 30 years, then an overdue 1st win

“B&B” has nine acting pre-nominations, and we think seven of them will make the final cut with Heather Tom winning Best Actress for the third time. It would be her sixth overall win, which would tie Erika Slezak‘s record for the most Daytime Emmy wins for an actress.

“Days” enters these awards with 15 pre-nominations, second only to “Y&R,” but we’re predicting it will receive just five bids, fewer than any other series. It’s the only soap not predicted to win an acting award, though we’re giving it best odds to take Best Writing Team.