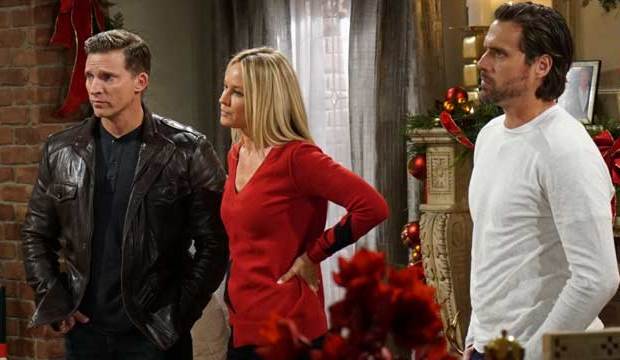 “The Young and the Restless” had the most 2017 Daytime Emmy pre-nominations, and the top-rated CBS soap ended up with the most overall nominations when they were announced live on “The Talk” on Wednesday, March 22. It earned 25 bids, including Best Drama Series. Ten of those nominations are for acting, including for leads Peter Bergman, Kristoff St. John, Gina Tognoni and Jess Walton — all of them past Emmy champs. And “Star Trek” legend Nichelle Nichols earned a bid for Best Guest Performer. See the complete list of nominations here.

Reigning Best Drama Series champ “General Hospital” and “The Bold and the Beautiful” are tied for second with 23 nominations apiece. Both shows are also contending in the top category. “GH’s” haul also includes an impressive 10 acting nominations while “B&B” has eight. “Days of Our Lives” has the fewest nominations for a drama series with 22, but that still makes it the fourth most cited program of the year; “Days” contends for Best Drama and seven times for acting.

Apart from the soaps, the PBS children’s series “Odd Squad” is the most nominated program with 14 bids, followed by “Sesame Street” and the digital drama series “The Bay The Series” with 10 apiece. “The Ellen DeGeneres Show” and “The Talk” are tied as the most nominated talk show with eight noms each. And Netflix series “Trollhunters” is the top animated program with seven bids.

Daytime Emmys Senior Vice President David Michaels said in a statement, “After receiving a record number of submissions, we are thrilled by this talented and gifted list of nominees that will be honored at this year’s Daytime Emmy Awards. I am very excited that Michael Levitt is with us as executive producer, and that David Parks and I will be serving as executive producers as well. With the added grandeur of the Pasadena Civic Auditorium, it will be a spectacular gala that celebrates everything we love about daytime television!”

The Creative Arts Emmys will be handed out on Friday, April 28, followed by the main event where top categories will be presented on Sunday, April 30.

Darin Brooks FINALLY nominated at the Daytime Emmys for 'Bold and Beautiful,' but can he win?