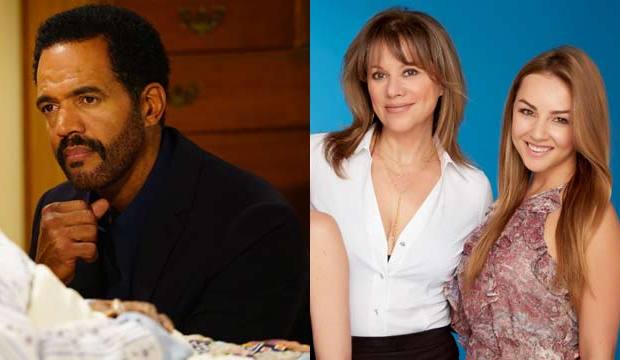 We’re predicting 21 categories at the 2017 Daytime Emmys, whose awards are handed out this weekend during a pair of ceremonies: the Creative Arts Awards tonight, April 28, and the main ceremony that will be held on Sunday, April 30. And according to our racetrack odds, the television academy will spread the wealth.

“The Young and the Restless” enters the awards with 25 nominations, more than any other program. We’re predicting 10 soap opera categories, in which “Y&R” has 13 bids, and out of those we’re forecasting it to win three: Best Actor (three-time past winner Peter Bergman), Best Guest Performer (Nichelle Nichols) and the big one — Best Drama Series. That would be the 10th Drama Series title for the CBS soap, but it would still trail “General Hospital,” which holds the record with 12 victories in the top category.

That leaves two awards apiece for “The Bold and the Beautiful” and “Days of Our Lives.” “B&B” is expected to win Best Actress for Heather Tom, who would tie Erika Slezak‘s record as the most honored actress in daytime with six career victories. The CBS fashion industry serial is also expected to take Best Directing Team.

“Days” will also win an acting prize: Best Supporting Actor for long-overdue veteran actor John Aniston. Remarkably, the 83-year-old actor has been working in daytime soaps for longer than there have even been Daytime Emmys, but he’s only now celebrating his first nomination. His first soap role was as Eric Richards on “Days” in 1969, five years before the first Daytime Emmys were handed out in 1974.

Mario Lopez & Sheryl Underwood hosting 2017 Daytime Emmys: How will they do? [POLL]

See the rest of our predictions by program below. Do you agree with our picks? If not you can still enter our predictions contest before awards are handed out on Sunday at the Pasadena Civic Auditorium in Burbank, California.

Freddie Smith and Chandler Massey fired from 'Days of Our Lives': 'It was not our choice'…

Save the dates: We're getting even more Daytime Emmys ceremonies in 2020

Michael E. Knight finally arrives at 'General Hospital' on September 30, so who is he really…

Roger Howarth ('General Hospital') on morphing from Franco into Drew: 'This was motivated by love'…

Tad the Cad to be clad in scrubs? 'All My Children' star Michael E. Knight checking into 'General…

Daytime Emmys fans divided over potential merge of younger acting races: Some say, 'I am against this…

To Helena and back: Constance Towers returns to 'General Hospital' as evil Cassadine matriarch

Kelly Monaco sounds off on 'General Hospital' co-star Billy Miller's exit: It 'may not be what our…

Brandon Barash ('Days of Our Lives') on Stefan and Gabi's love affair: 'There's obviously something…

Mark Grossman discusses the big shoes he filled on 'Young and the Restless': 'Adam has got to keep…