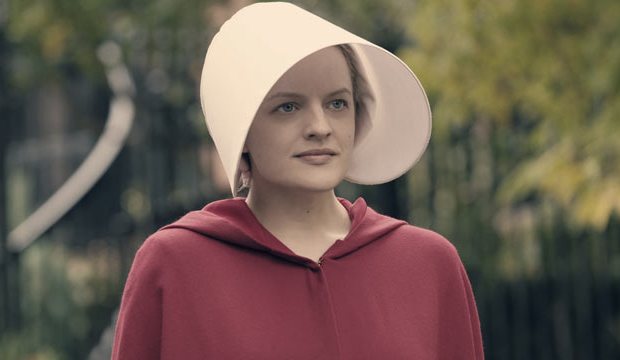 In 62 years, only one woman has won Best Drama Directing at the Emmys: Mimi Leder for the landmark “ER” episode “Love’s Labor Lost” back in 1995. This year, one of the three women nominated in that category —  Reed Morano for the first episode  of “The Handmaid’s Tale” (“Offred”) — is overwhelmingly favored to win. She is far out front in our Emmy odds, with the backing of 11 of our 15 experts.

Kate Dennis contends for the penultimate episode of that series (“The Bridge”) while Leslie Linka Glatter is nominated for the Season 6 finale of “Homeland.” However, they are at the back of the pack according to our predictions. Morano’s closest rival is three-time Oscar nominee Stephen Daldry, who is contending in this category for his helming of “Hyde Park Corner,” the second episode of “The Crown.” Also in contention are the Duffer Brothers for the first episode of “Stranger Things (“Chapter One: The Vanishing of Will Byers”), Vince Gilligan for “Better Call Saul” (“Witness” ) and Jonathan Nolan for “Westworld” (“The Bicameral Mind”)

The Duffer Brothers are nominated for the first episode of “Stranger Things,” a show they created that was an even bigger success with Emmy voters with 18 nominations overall. Like the brothers (who are also in contention for writing), Morano is a double Emmy nominee this year. She reaped a bid her work as a cinematographer on the “Pilot” episode of the HBO comedy “Divorce.” That was the lone recognition of “Divorce” while “The Handmaid’s Tale” earned 13 nominations including Best Drama Series and Best Drama Actress (Elisabeth Moss).

Among those bids was one for Dennis, who helmed the ninth episode of the first season. With the new system of ballot counting, where voters only mark off one nominee rather than ranking them all, Morano and Dennis may split the vote. Under the old system, Martin Scorsese (“Boardwalk Empire”) and J.J. Abrams (“Lost”) both won for directing their shows’ first episodes over, among others, nominees from the same series.

Glatter has lost all four of her previous Emmy races for directing (“Mad Men,” 2010; “Homeland,” 2013, 2015, 2016) as well as two for producing “Homeland” (2015, 2016). While the directors branch likes her work on “Homeland,” it doesn’t love it enough for the win. Even when she won at the DGA in 2014 for the season four episode “From A To B and Back Again,” she then lost at the Emmy to “Game of Thrones” director David Nutter for the season 5 finale “Mother’s Mercy”; he prevailed at the following DGA Awards as well.

However, Glatter could do what Rod Holcomb did in 2009 when he won for directing the “ER” series finale “And In The End…” even though the show and its writing had been snubbed, as is the case with “Homeland” this year. Likewise Mark Tinker did the same in 1998 when he won for the pilot of “Brooklyn South; he tied Paris Barclay for his work on the “NYPD Blue” episode “Lost Israel: Part 2.”