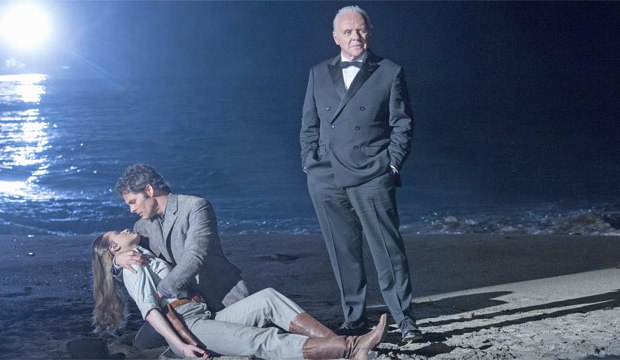 “I’m f***ing shaking right now at these noms,” declares Gold Derby reader Stretchy about the drama nominations at the 2017 Emmys. Announced Thursday morning, this year’s crop of Emmy citations is causing a lot of different reactions in our TV forums — some bad, some good. Check out some more of their comments below and then join the discussion to let us know YOUR thoughts.

“Overall I love these Emmy nominations,” counters our reader Teridax. The drama races are led by “Westworld” with a whopping 22 noms, followed by “Stranger Things” (18), “The Crown,” (13), “The Handmaid’s Tale” (13), “This Is Us” (11), “Better Call Saul” (9), and “House Of Cards” (6). Whatever happens on Emmy night, we are guaranteed a brand new winner for Best Drama Series this year, which is quite an exciting prospect to consider.

While most of the readers are championing the 27 biggest surprises, others take issue with the 51 unforgivable snubs. Among the most egregious snubs in the drama races are Carrie Coon (“Fargo”), Vera Farmiga (“Bates Motel”), Aisha Hinds (“Underground”), Bryce Dallas Howard (“Black Mirror”) and Michael McKean (“Better Call Saul”). What other nominations — or lack of nominations — got our forum posters fired up?

Cobalt Blue: “So great that ‘Handmaid’s Tale’ was nominated. So lol that ‘House of Cards’ was.”

Teridax: “I CALLED ‘The Americans’ snub in Drama Series! ‘House of Cards’ Season 5 really is ‘Dexter’ Season 5, in spite of a huge drop in quality, enough people are fans of the show to nominate it yet again.”

DS0816: “Emmy logic: ‘This Is Us,’ with seven nominated performances and a best drama series slot, wrote and directed itself.”

Bradley Weir: “So happy ‘This is Us’ & ‘Westworld’ made it into Series.”

Marcus Snowden: “I did not see the Hopkins and Ventimiglia nominations coming at all. Those are some pleasant surprises.”

Sasha: “My boy… Freddie… Highmore… I can’t… I just can’t… I’m in tears right now… sorry guys I have to leave you now.”

ricardo505: “Ventimiglia and Brown MAY split votes. I won’t be surprised if an overdue actor, such as Spacey, Rhys or Odenkirk wins here.”

Handprintsandgoodgrips: “YES VIOLA! I KNEW YOU WERE RETURNING MAMA! MAMA CICELY TOO!! YESSSS.”

David Buchanan: “My unabashed fanboy heart breaks for Christine Baranski and ‘The Good Fight’! I knew she was a long shot, but snubbing perennial nominees Preston and Baker is surprising.”

Marcus Snowden: “Banks nominated, McKean is not. I saw that coming, but I’m still disgusted. Lithgow is a lock to win the category now.”

AayaanUpadhyaya: “THE MOST WTF NOMINATION HAS TO BE, WITHOUT A DOUBT, Madny Patinkin. Back from the dead after missing out for two years. How is that even possible? That too when they dropped ‘Homeland’ in series and for Danes. Sometimes Emmys just have no logic whatsoever.”

AayaanUpadhyaya: “UZO AND SAMIRA BOTH GOT IN!!! I Knew Samira had the buzz to get in, just thought it would be for ‘Orange.’ They snubbed Ryder.”

SayMyName: “BARB!!!!! The haters can suck it. Shannon Purser is an Emmy-nominee! Go girl! No Winona, though?”

ricardo505: “And voters may have watched every single nominee in supporting actress with the exception of Aduba. With Dowd and Wiley splitting votes, Newton has the critics by her side and Aduba, Brown and Metz the popular votes. I think Newton has a shot here.”