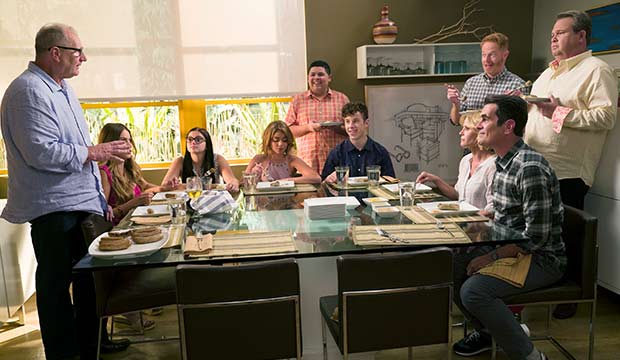 First seasons have accounted for 25/87 nominees in Best Comedy Casting’s 17-year history; only 14/96 nominees for Best Comedy Series in the same time have been first seasons and only 8/17 years have included one. Last year marked the third year that no new comedy was nominated for its casting, after 2003 and 2013. “The Neighbors” was the only new comedy to score a 2013 Emmy nomination in any category, for an original song; new comedies were variably nominated in 2003, but none for Comedy Series.  What was remarkable about the shutout last year was that “Master of None” was nominated for Comedy Series, becoming only the second such new comedy to be snubbed for Comedy Casting, after “Silicon Valley” in 2014.

With seven nominations in seven seasons, “Modern Family” has already received more casting nominations than any other series in Emmy history. It is the most vulnerable of last year’s nominees, as it was snubbed this year by the Casting Society of America, which includes Emmy voters. “Transparent” was their winner, although consecutive Emmy winner “Veep” was ineligible for a nomination because its casting director was not a CSA member. Instead of “Modern Family” and “Veep,” the lineup included a breakthrough nomination for “black-ish” and a comeback nomination for “Girls.”

This category is one to watch because of its correlation with the Best Comedy Series winner. Best Comedy Casting has at least nominated the Comedy Series winner 14/17 years; the exceptions were “The Office” in 2006 and “Everybody Loves Raymond” in both 2003 and 2005. The casting categories have been extra predictive the last two years when voting has been open to entire branches of the academy, instead of small viewing panels numbering in the dozens. The Best Drama, Comedy and Limited Series winners have each also won their respective casting races the last two years.

The casting categories are probably extra predictive lately also because directors and producers as well as casting directors have been eligible to vote on them for the last three years. “Louie” was never nominated in its five seasons by the CSA and it was snubbed at the Emmys for its casting for its first three seasons when only casting directors were voting, but “Louie” — a three-time Directors Guild of America Award nominee and two-time Producers Guild of America Award nominee — was nominated for casting its fourth and fifth seasons when directors and producers were also voting.