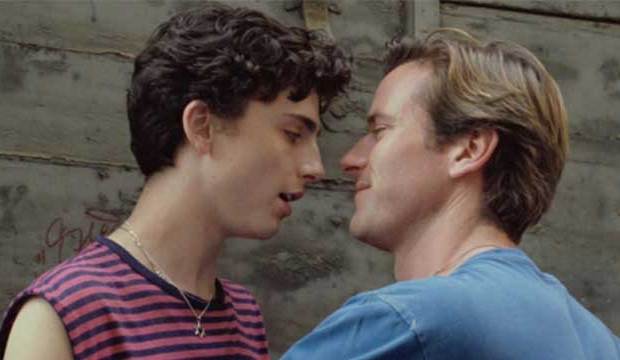 This Best Picture win bolsters the position of “Call Me By Your Name” as an Oscar frontrunner. For the last three years running, the top winner at these kudos has gone on to claim Best Picture at the Oscars (“Moonlight,” 2016; “Spotlight,” 2015; “Birdman,” 2014). However, the top prize is not always an Oscar crystal ball as eventual Best Picture champ “12 Years a Slave” learned four years ago when it lost the Gotham equivalent to “Inside Llewyn Davis,” which wasn’t even nominated by the academy.

While “Get Out” lost the Best Picture race here, it did win a pair of prizes for Jordan Peele – Best Screenplay and Breakthrough Director – as well as the Audience Award.

James Franco was named Best Actor for his performance in “The Disaster Artist,” which he also directed. And Saoirse Ronan (“Lady Bird”) won Best Actress over, among others, her Oscar rival Margot Robbie (“I, Tonya”). And the cast of “Mudbound” picked up the Best Ensemble award.

Nominees had been chosen by committees of film critics and journalists, festival programmers and film curators. Winners were determined by juries of filmmaking professionals including writers, directors, actors and producers.