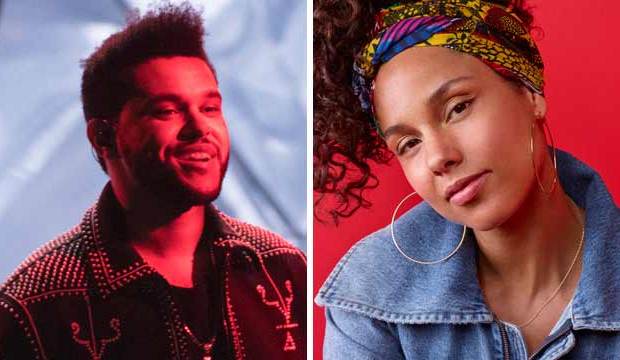 The recording academy has announced a slew of new performers who will take the stage for unique duets in the hopes of capturing memorable “Grammy Moments.” They include The Weeknd with Daft Punk, Maren Morris with Alicia Keys, and Anderson Paak with A Tribe Called Quest and Dave Grohl. They will all take the stage to perform at the 59th Grammy Awards, which will air live on CBS on Sunday, February 12.

The Weeknd won his first two Grammys last year — Best R&B Performance (“Earned It”) and Best Urban Contemporary Album (“Beauty Behind the Madness”) — and this year contends for Album of the Year as a featured artist on Beyonce‘s “Lemonade.” Meanwhile, his on-stage performing partners Daft Punk have racked up six Grammys, including a pair of top prizes in 2014: Record of the Year (“Get Lucky”) and Album of the Year (“Random Access Memories”).

This is the first time Maren Morris is set to perform at the Grammys. The country breakout has four nominations this year including Best New Artist and Best Country Album (“Hero”). She may hope some of Alicia Keys’s Grammy luck rubs off on her since the R&B singer-songwriter has won a whopping 15 times over the course of her career, including a Best New Artist prize of her own back in 2002.

Like Maren Morris, Anderson Paak is nominated for Best New Artist and performs with previous Grammy heavyweights. He’s also up for Best Urban Contemporary Album (“Malibu”) this year, while Dave Grohl of Nirvana and Foo Fighters fame has won 15 times to date. Hip-hop legends A Tribe Called Quest surprisingly haven’t won a Grammy thus far in their career, but they’ve been nominated four times before and recently reunited for their sixth studio album, “We Got it From Here … Thank You 4 Your Service,” which was released in 2016 after an 18-year hiatus.

These names join previously announced performers Bruno Mars, Adele, John Legend, Metallica, Carrie Underwood and Keith Urban. The 2017 Grammy Awards are being held at the Staples Center in Los Angeles, California. The event is being hosted for the first time by James Corden, a Tony and Emmy winning performer and the host of CBS’s “Late Late Show” where he has already gotten cozy with several Grammy winners thanks to his viral segment “Carpool Karaoke.”