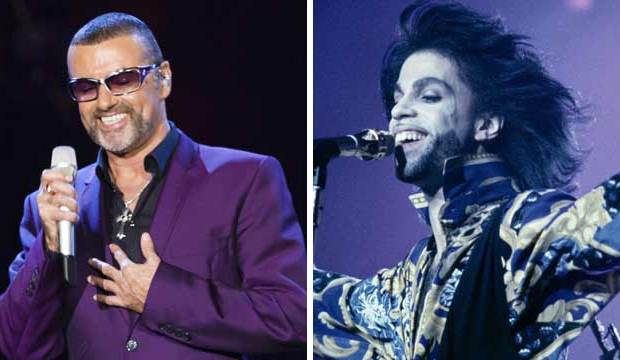 On February 8 the recording academy announced a pair of special tributes for music’s biggest night: the late George Michael and Prince will be celebrated at the 59th Grammy Awards, which will air live on CBS on Sunday, February 12.

Prince died on April 21, 2016, at age 57 as the result of a drug overdose. He’s best known for his musical film “Purple Rain” and its soundtrack, which won him an Oscar and two of his seven career Grammys.

George Michael died a few months later, on Christmas Day. The British star rose to fame as a member of the duo Wham! before striking out on his own. His most famous songs include “Careless Whisper,” “I Want Your Sex” and “Freedom ’90.” Though he only won two Grammys during his life, one of those was Album of the Year for his debut solo album “Faith” in 1989.

Said recording academy president and CEO Neil Portnow in a statement, “George Michael and Prince were pop icons who showcased rare musical genius and otherworldly charisma. While each possessed a distinct style and sound, they were both adored by audiences worldwide. The passings of two such creative innovators were a huge loss for the creative community; The Recording Academy is humbled to pay homage to their tremendous legacies on the Grammy stage.”

Added Grammy executive producer Ken Ehrlich, “While the primary focus of the Grammy Awards is to celebrate and honor the year’s best in music, we consider it our responsibility to tell music’s broader story by honoring its legends lost.”