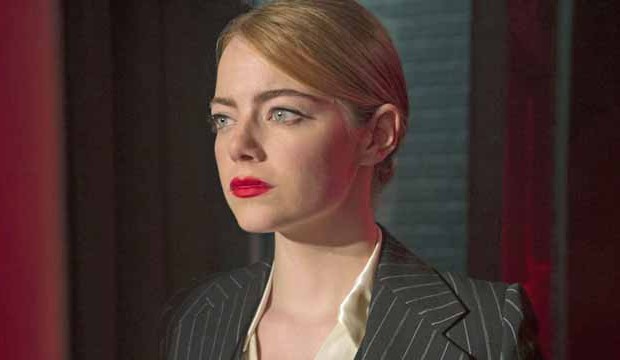 With 3/10 odds from our 28 movie Experts, Emma Stone (“La La Land”) is predicted to win Best Actress at Sunday’s Academy Awards. Stone plays Mia, an aspiring Los Angeles actress who falls in love with a down-on-his-luck jazz musician (Ryan Gosling). This is Stone’s second Oscar nom following a supporting bid for “Birdman” (2014) and for “La La Land” she has already won the Golden Globe, the SAG Award and the BAFTA.

In second place is Isabelle Huppert (“Elle”) with 11/2 odds; the four Experts picking the veteran French actress to win are Thelma Adams (Gold Derby), Erik Davis (Fandango), Tim Gray (Variety) and Peter Travers (Rolling Stone). Huppert won a Golden Globe for her performance as a rape survivor trying to track down her attacker, but she wasn’t nominated at the SAG Awards and wasn’t eligible at the BAFTAs. Despite her celebrated career, which includes a record 16 nominations at the Cesar Awards (the French Oscars), this is Huppert’s first Academy Award nom.

Natalie Portman (“Jackie”) is is next in line with 18/1 odds based on support from one Expert: Matt Atchity (Rotten Tomatoes). This is the third Oscar nom for Portman, who previously earned a supporting bid for “Closer” (2004) and won Best Actress for “Black Swan” (2010). In “Jackie” Portman plays the title character, first lady Jackie Kennedy, in the immediate aftermath of John F. Kennedy‘s assassination, and the performance earned her a Critics’ Choice Award.

Much further behind are Meryl Streep (“Florence Foster Jenkins”) with 66/1 odds and Ruth Negga (“Loving”) with 80/1 odds. Streep is celebrating her record 20th Oscar nomination and has won three times, most recently in this category for “The Iron Lady” (2011). Negga, meanwhile, is a first-time nominee.

According to our overall combined odds featuring the predictions of all Experts, Editors, Top 24 Users (those who did the best at their winner picks last year), All-Star Top 24 (who got the best predictions scores when you combine the last two years’ results), and All Users, the rankings are the same. The favored pick of over 2,600 people is Stone with 2/7 odds over Huppert with 13/2 odds. Portman follows with 16/1 odds, and then Streep at 66/1 and Negga at 80/1.

Watch out, Meryl! 'Borat' breakout Maria Bakalova is closing in on the Golden Globes queen in our…

Could 'The Prom' be a feel-good choice for Oscars after a feel-bad 2020?