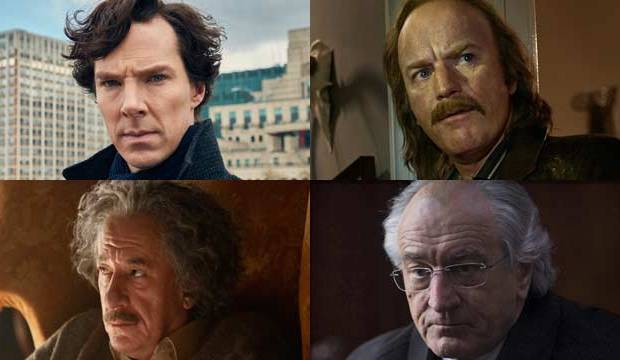 At last year’s Golden Globe Awards “The Night Of” earned three nominations: Best Movie/Miniseries as well as Best Movie/Mini Actor for its two stars, Riz Ahmed and John Turturro. Though it went home empty handed at that event, Ahmed was recently able to win a Primetime Emmy for his leading role, which was among the five total prizes the crime drama took home from the television academy.

Since “The Night Of” already competed at the Golden Globes last year, it won’t be in contention this year. Therefore Ahmed won’t be able to repeat his victory from the Emmys, opening the door for a whole new winner in the Best Movie/Mini Actor race, including several he defeated at the Emmys in September. In the past 16 years the Hollywood Foreign Press Association has chosen a wide variety of winners in this category, ranging from movie stars to veterans to popular Brits to actors in biographical roles. Here are six strong contenders who fit at least one of those molds.

He has contended at the Globes twice before. The first time was in this category for the second season of “Sherlock” in 2013, where he lost to Kevin Costner for “Hatfields & McCoys.” The second time was on the film side for his performance as Alan Turing in “The Imitation Game,” where he lost Best Film Drama Actor to Eddie Redmayne for “The Theory of Everything.” If Cumberbatch is nominated again this year, would a third time be the charm? HFPA members have shown love to Brits in this category six times in the past 16 years, including last year’s champ Tom Hiddleston (“The Night Manager”).

The acting legend already has two Golden Globes on his mantel. He won one for acting, Best Film Drama Actor in 1981 for “Raging Bull,” as well as the Cecil B. DeMille Award in 2011. But he actually hasn’t been nominated by the Hollywood Foreign Press Association for a competitive award since 2001: Best Film Comedy/Musical Actor for “Meet the Parents.” If nominated this year, he could be a threat to win for his performance as Bernie Madoff since the HFPA loves to award movie stars who come to television, like numerous recent winners in this category including Kevin Costner (“Hatfields and McCoys,” 2013), Michael Douglas (“Behind the Candelabra,” 2014), and Billy Bob Thornton (“Fargo,” 2015), among others.

He won his only previous nominations, and it just so happens that it was Best TV Drama Actor for the original series version of “Twin Peaks” back in 1991. That first season also won Best Drama Series as well as Best TV Supporting Actress for Piper Laurie, so we know the HFPA was quite fond of it. Could MacLachlan find himself returning to the Globes for the first time since then with Showtime’s revival? It doesn’t hurt that Globes voters are also fond of “Twin Peaks” co-creator David Lynch, who also has four previous bids for his film work in addition to the 1991 victory for “Twin Peaks” as Best Drama.

He’s been nominated twice before on the film side for his performances in “Moulin Rouge!” (Best Film Comedy/Musical Actor, 2002) and “Salmon Fishing in the Yemen” (Best Film Comedy/Musical Actor, 2013). Could his performance as twins in the third season of the hit FX series return him to the Globes this year on the TV side? The first season of “Fargo” did win the aforementioned Thornton his first Golden Globe in this category back in 2015. And Scottish McGregor, like Cumberbatch, Law, and last year’s winner Hiddleston, is the kind of cool actor from across the bond the HFPA gravitates to.

Benedict Cumberbatch through the years: His best roles 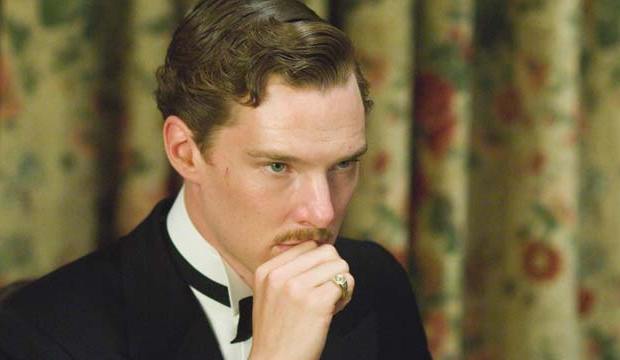