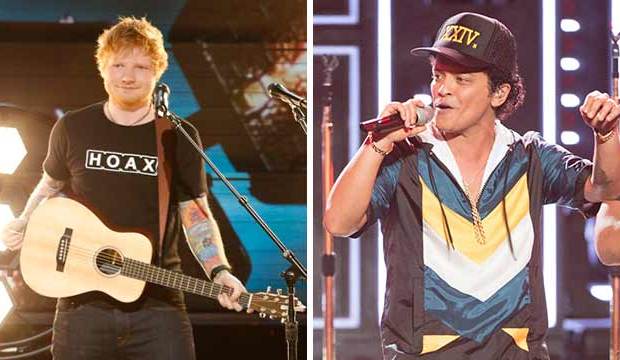 The 60th Grammy Awards nominations were announced on Nov. 28, and our forum posters have been busy slicing and dicing the list, cheering the strong showings of artists such as Childish Gambino and booing at the snubs of the likes of Ed Sheeran.

Jay-Z leads the pack with a whopping eight nominations including Album of the Year (“4:44”), Record (“The Story Of O.J.”) and Song of the Year (“4:44”). Other artist with multiple bids includes Kendrick Lamar (seven), Bruno Mars (six), Childish Gambino (five), Khalid (five) and SZA (five).

Some of the biggest surprises this year include bids by Gambino in Album of the Year for “Awaken, My Love!” and Record of the Year for “Redbone” and Lil Uzi Vert contending in Best New Artist.

Conversely, there are a slew of notable snubs this year, including Ed Sheeran‘s “÷” (Divide) missing from the Album of the Year line-up and his hit single “Shape of You” not among the nominees for Record of the Year as well as Logic being left off the list for Best New Artist.

What other Grammy surprises and snubs did our forum posters notice? Read some of their comments below, and make sure to join their debate in our forums.

KaRol: Ok, i can explain in my head that the committee thought “oh, Jay never got a AOTY nomination, so let’s give him one” or “poor Lemonade lost last year, so let’s nominate Lemonade 2”, but how The Story Of O.J. & 4:44 got into top 20 of the most vote getters in ROTY/SOTY, and why the committee thought it was neccessary to give Jay all major GF noms is inexplicable to me.

Robinladen: Only a bit sad to see Kendrick chances being screwed over once again. But I do think Bruno Mars is an amazing artist aswell so I hope he pulls through then.

Djoko: I’m the only one that has mentioned Bruno’s all-important Engineered Album nomination – a big foreshadowing for Album of the Year. I would say he can sweep, but the Grammys usually like to award the same song for Record and Song of the Year. Lately that hasn’t been happening too often so for now I’ll go with Bruno for the big three.

BenitoDelicias: People think Lorde will win as the only woman or pop act or accessible nominations in Album. They forget that it doesn’t get any more pop, accessible or popular than Bruno Mars. He’s the one to watch out for.

BreakerofChains: I knew “Redbone” would show up in either ROTY or SOTY. Was not expecting that much love though.

Carlos Luis Turmero: Despacito: That remix for me it sucks, the original version it’s better, and even though i’m latino and i’m happy to see a spanish making it to the GF, this doesn’t work for me

darrenc95: Pop lacks a review committee so the albums with the most votes get in. I think I said in this thread recently that it was possible Lorde could get in AOTY just to ensure she’s nominated, as she could potentially be snubbed in Pop Vocal Album. I wasn’t expecting the pop snub, but I saw the possibility of it happening.

Rinolo Twenty-two: I love how random the dance recording nominees are. Glad, they just don’t nominate any crappy popular act that features in a dance track to get a grammy nomination.

Be sure to make your Grammy winner predictions so that Hollywood record executives and top name stars can see how their songs and albums are faring in our Grammy odds. Don’t be afraid to jump in now since you can keep changing your predictions until just before winners are announced on January 28. And join in the fierce debate over the 2018 Grammys taking place right now with Hollywood insiders in our music forums. Read more Gold Derby entertainment news.