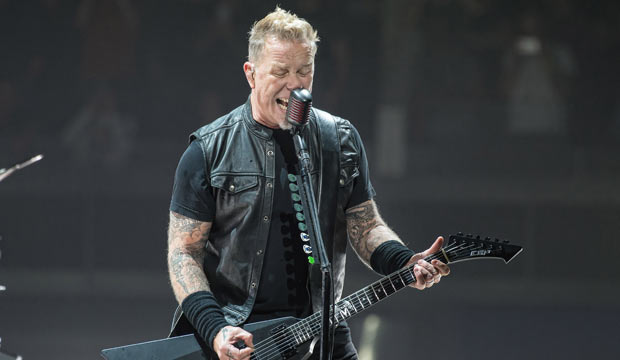 Will Metallica win Best Rock Album at the Grammys for “Hardwired…To Self-Destruct”? It’s the 10th album for the veteran heavy metal band, so it’s perhaps surprising that, despite a career stretching back more than 35 years, they have never actually won this category. And they’ve only been nominated in this race once before, for “Death Magnetic” (2009). Will they claim an overdue prize?

Metallica have actually won eight Grammys to date, but that’s thanks mostly to the Best Metal Performance category, where they have won six times since 1990: for “One” (1990), “Stone Cold Crazy” (1991), their album “Metallica” (1992), “Better Than You” (1999), “St. Anger” (2004), and “My Apocalypse” (2009). Their other two victories were Best Hard Rock Performance (“Whiskey in the Jar,” 2000) and Best Rock Instrumental Performance (“The Call of Ktulu,” 2001). Grammy voters have never fully embraced heavy metal music, as evidenced by the fact that Metallica have never contended in the general field and have only won awards in their subsection of the rock genre.

Metallica members James Hetfield and Lars Ulrich are also nominated for Best Rock Song for “Atlas, Rise!” These are their only two nominations this year, but that may not be a disadvantage for them as none of this year’s Rock Album nominees have any support beyond the rock genre field. And it’s a fairly level playing field because most of the nominees in this category are veterans who the recording academy might want to vote for as a way to honor their body of work.

Fellow metal band Mastodon are nominated for “Emperor of Sand,” their seventh album. They’re also nominated for Best Metal Performance (“Sultan’s Curse”), but unlike Metallica they have yet to win a Grammy in any category. Queens of the Stone Age are also looking for their first win after seven total bids; they’re in the running for “Villains,” which is their seventh album as well, but they have no other nominations this year.

The last two contenders picked up their first career bids this year, though both are well established in the music business. The War on Drugs are nominated for “A Deeper Understanding,” their fourth album; this is their only nomination this year. And rounding out the category are Nothing More, who are actually the most nominated artists in this race with three bids. In addition to their nomination here for their fifth album “The Stories We Tell Ourselves,” they’re up for Best Rock Performance and Best Rock Song for “Go to War.” Does that make them a dark horse threat to win?