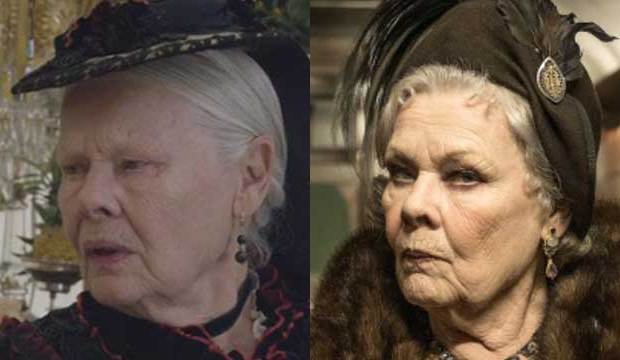 There are seven performers in this year’s Oscar derby that could get a double dose of good news on nominations morning with bids in both the lead and supporting races.

Oscar winner Judi Dench (“Shakespeare in Love”) again portrays Queen Victoria, a role that 20 years ago landed her a Best Actress nomination for “Mrs. Brown” (1997), in “Victoria and Abdul.” The seven-time nominee also graces the screen in Kenneth Branagh‘s starry remake of “Murder on the Orient Express,” taking on the role of Princess Natalia Dragomiroff, a character portrayed by Wendy Hiller in the original 1974 picture.

Michelle Williams, who has four Oscar nominations under her belt, portrays Gail Harris, mother of the kidnapped John Paul Getty III (Charlie Plummer), in “All the Money in the World.” She is also featured in “The Greatest Showman,” portraying the wife of legendary circus promoter P.T. Barnum (Hugh Jackman).

Two-time Oscar nominee Woody Harrelson appears in three Oscar contenders. There’s his leading turn as President Lyndon B. Johnson in “LBJ” and a pair of supporting parts, one as an alcoholic father in “The Glass Castle” and the other as a town sheriff in “Three Billboards Outside Ebbing, Missouri.”

Past Oscar nominee Steve Carell‘s portrayal of tennis champion Bobby Riggs in “Battle of the Sexes” can currently be seen in theaters. He will later hit the big screen this year as Vietnam veteran Larry “Doc” Shepherd in “Last Flag Flying.” His category placement will be something to keep an eye on over the coming months.

Nicole Kidman and Colin Farrell, seen earlier this year in “The Beguiled,” will also be on the hunt for two nominations. Kidman will again star opposite Farrell in “The Killing of a Sacred Deer,” with Farrell also seen in a supporting role in the Denzel Washington vehicle “Roman J. Israel, Esq.”