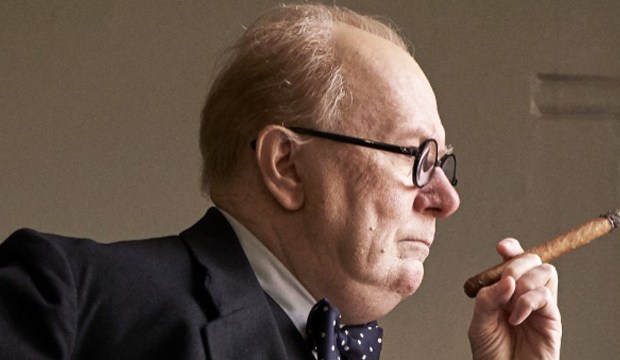 According to our two dozen Oscar experts from major media outlets, the easiest race to predict at this year’s Academy Awards is Best Actor. All 24 of our pundits are picking Gary Oldman to win for his portrayal of Winston Churchill in Joe Wright‘s “Darkest Hour.” The film is set in the first months of his tenure as British prime minister, when he must decide between a negotiated peace with Nazi Germany or a prolonged war.

Oldman’s strongest competition comes from Daniel Day-Lewis who has announced that his upcoming film, “Phantom Thread,” will be his final one. Day-Lewis is the second choice of 15 of our Oscar experts for this period picture, in which he plays a 1950s royal couturier. This marks his second collaboration with writer/director Paul Thomas Anderson. Their first, “There Will Be Blood,” won Day-Lewis the second of his record three Best Actor Oscars in 2008.

Three other contenders are each ranked second by two experts, including two-time Best Actor champ Tom Hanks (“Philadelphia,” “Forrest Gump”). He hasn’t been nominated since 2000 (“Castaway”) but that should change this year as he has re-teamed with Steven Spielberg (“Bridge of Spies”) for “The Post.” This docudrama recounts the story behind the Washington Post’s 1971 publication of the “Pentagon Papers,” a series of documents prepared for the Department of Defense about the US involvement in Vietnam after WWII. Hanks portrays Post editor Ben Bradlee (Jason Robards won an Oscar in 1977 for playing this part in “All the President’s Men”) while Meryl Streep is publisher Kay Graham.

With “Stronger,” past Supporting Actor nominee Jake Gyllenhaal could contend for his heartfelt portrayal of Jeff Bauman, Jr. who lost both his legs in the bombing of the 2013 marathon. Bauman was waiting at the finish line to cheer on his girlfriend Erin Hurley (Tatiana Maslany). Despite his life-threatening injuries, this 27-year-old Boston native was a key eyewitness whose help proved invaluable in the hunt for the bombers. David Gordon Green‘s film then follows them on his long road to recovery, which entailed grueling physical therapy as well as counseling to come to terms with his injuries.

And newcomer Timothee Chalamet is likely to reap his first Oscar bid for his performance as a precocious teenager who falls in love with a man seven years his senior in “Call Me By Your Name.” Luca Guadagnino‘s film is one of the best-reviewed of the year and is a strong Oscar contender across-the board. At just 22, Chalamet would make history as the youngest-ever winner of this award, eclipsing the current record-holder, Adrien Brody (“The Pianist”), by almost a decade.