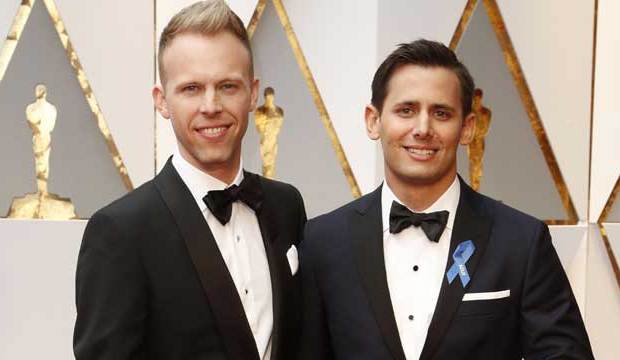 Composers Benj Pasek and Justin Paul, who last year triumphed in Best Original Song at the Oscars for “City of Stars” from “La La Land,” appear destined for a return to this year’s ceremony with their tune “This Is Me” from the P.T. Barnum biopic “The Greatest Showman.” Pasek and Paul would be the first songwriters to score consecutive victories in the category since Henry Mancini and Johnny Mercer won for “Breakfast at Tiffany’s” (1961) and “Days of Wine and Roses” (1962).

Among all feature films contending in Best Original Song, animated and documentaries aside, “This Is Me” is the sole song to have been nominated at both the Critics’ Choice Awards and Golden Globes. Among the other three feature films to garner a Critics’ Choice Best Original Song nomination is “Beauty and the Beast,” which earned recognition for Oscar winners Alan Menken and Tim Rice‘s “Evermore.” Another track from the film, “How Does a Moment Last Forever,” is also eligible for Oscar consideration.

“Mystery of Love,” written by singer-songwriter Sufjan Stevens for “Call Me By Your Name,” is also a Critics’ Choice nominee, as is “Stand Up for Something,” composed by Oscar winner Common and eight-time Oscar nominee Diane Warren for the Thurgood Marshall biopic “Marshall.” Another eligible “Call Me By Your Name” tune, “Visions of Gideon,” could also surface on Oscar nominations morning.

Beyond “This Is Me,” only one other feature film garnered a Golden Globe nomination in Best Original Song – “Mighty River,” composed by Mary J. Blige, Raphael Saadiq and Taura Stinson for “Mudbound.”

Other major Oscar contenders that could count Best Original Song among their nominations include “You Shouldn’t Look at Me That Way,” composed by Oscar nominee Elvis Costello for “Film Stars Don’t Die in Liverpool”; “If I Dare,” composed by Sara Bareilles and Oscar nominee Nicholas Britell for “Battle of the Sexes”; and “A Little Change in the Weather,” composed by Rolfe Kent, Edward Randell and Joanna Goldsmith-Eteson for “Downsizing.”

Never to be underestimated in Best Original Song is two-time Oscar winner Randy Newman, who this year composed “Myron/Byron” for the comedy “The Meyerowitz Stories.” If recognized, this would mark Newman’s 21st Oscar nomination.

Taylor Swift could receive her first Oscar nomination for “I Don’t Want to Live Forever,” a tune she composed with Jack Antonoff and Sam Dew for “Fifty Shades Darker.” This would mark the “Fifty Shade” series’ second appearance in the category, after The Weeknd‘s “Earned It” received a Best Original Song nomination in 2015.

Country superstar Tim McGraw is seeking his first Oscar nomination this year with “Keep Your Eyes on Me” from “The Shack.” He performs the tune alongside wife and fellow Grammy winner Faith Hill. Another country favorite, Brad Paisley, is also in the Best Original Song mix with “Stubborn Angels,” a tune he composed for “Same Kind of Different as Me.”

Other contenders to keep an eye on in this busy field include “How Shall a Sparrow Fly,” composed by Oscar winner Ryan Bingham for “Hostiles”; “It Ain’t Fair,” composed by Ahmir Thompson and Tariq Trotter for “Detroit”; “The Pure and the Damned,” composed by Oneohtrix Point Never for “Good Time”; “Never Forget,” composed by two-time Oscar nominee Patrick Doyle for “Murder on the Orient Express”; “Hold the Light,” composed by Dierks Bentley for “Only the Brave”; and “The Promise,” composed by the late Chris Cornell for the film of the same name.

If nominated, Cornell would be the first posthumous Best Original Song Oscar nominee since Howard Ashman received a bid for “Aladdin” (1992).