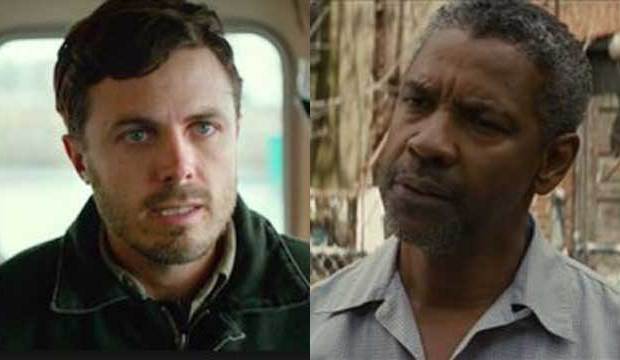 Gold Derby founder Tom O’Neil and I have had numerous disagreements over the years. (Gold Derby readers have hopefully enjoyed all of our famous smackdowns.) But there’s one thing that he and I have generally agreed on. Oscar voters prefer showy performances over subtle ones.

That’s right. It’s quantity over quality. Bigger is better. Less is never more. Any actor/actress who holds back on the screen will never hold the gold in his/her hungry hands. There are numerous examples of this in the past few decades.

In 1999, Annette Bening looked poised to bask in Oscar beauty for her SAG-winning performance in Best Picture champion “American Beauty.” The academy instead honored “Boys Don’t Cry” newcomer Hilary Swank, who had a much flashier (not to mention transformative) role. Boys don’t cry, but Bening probably did.

In 2001, Sissy Spacek’s largely quiet turn in “In the Bedroom” swept the critics’ awards, as well as the Golden Globe. Yet it was Halle Berry’s more bombastic moments in “Monster’s Ball” that impressed academy members. Berry had a ball on stage. Spacek remained in the audience.

In 2003, Bill Murray had his first shot at Oscar for his nicely nuanced efforts in “Lost in Translation.” Something was lost on voters, who instead went with Sean Penn’s explosive acting in “Mystic River.” No mystery there.

In 2007, Julie Christie seemed like a shoo-in for the Academy Award for her subtle work in “Away from Her,” especially after claiming both the Golden Globe and SAG trophies. But the Oscar went away from her, straight to Marion Cotillard and her electrifying portrayal of French singer Edith Piaf in “La Vie en Rose.” (Talk about hitting the right notes.)

In 2011, most pundits thought that Viola Davis would need no help winning the Oscar for “The Help,” especially after she triumphed at SAG. O’Neil and I both argued for Meryl Streep’s fiercely dramatic delivery in “The Iron Lady.” Indeed, Streep went from iron lady to golden lady when the envelope was opened.

However, the tide appears to be turning.

In 2013, I initially questioned whether Jared Leto’s role in “Dallas Buyers Club” was expressive enough to win Best Supporting Actor, especially when compared to much louder personifications by rival nominees Barkhad Abdi in “Captain Phillips,” Bradley Cooper in “American Hustle” and Michael Fassbender in “12 Years a Slave.” But Leto steamrolled through the awards season, ending up in the Oscar winners club.

In 2015, Sylvester Stallone seemed like a virtual lock in the same category, for his emotional, compelling portrayal of Rocky Balboa in his comeback film, “Creed.” Yet it was Mark Rylance’s restrained turn in “Bridge of Spies” that rocked academy members.

And last year, there were two understated performances that ending up making very big statements.

Mahershala Ali in “Moonlight” was far more subtle than anyone in the Best Supporting Actor field, particularly Jeff Bridges in “Hell or High Water” and Dev Patel in “Lion.” Ali ultimately pounced like a lion on Oscar night.

Then there was that hotly contested Best Actor race. I passionately argued that Casey Affleck’s understated (albeit excellent) performance in “Manchester by the Sea” would never float voters’ boats like Denzel Washington’s fiery execution in “Fences.” However, Washington’s ship (and heart) sank as Affleck sailed off with the treasure.

Is subtle the new showy? Is it time to throw a time-honored Oscar rule overboard? We’re heading into rough seas when it comes to charting the course to Hollywood gold.