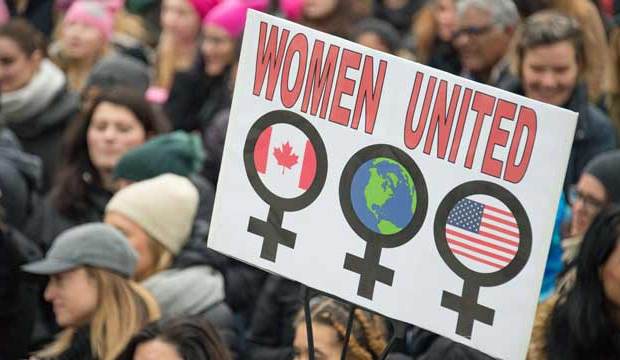 Wednesday, March 8, is International Women’s Day, and in observance of the event many are taking part in “A Day Without a Woman,” a movement that encourages women to go on strike for “a one-day demonstration of economic solidarity” on behalf of “women and all gender-oppressed people.” And many in Hollywood are taking part.

As reported by our sister site Deadline, the United Talent Agency (UTA) will observe the day with events for its female employees in Los Angeles, New York and Toronto. The MTV network will flip its “M” logo into a “W,” and its female social media team will go on strike. Fusion will share stories about women. And NBC and Netflix are allowing staff members to take a personal day if they so choose.

Join the discussion with Hollywood insiders in our notorious forums

“A Day Without a Woman” is part of the same movement that spearheaded the Women’s March on Washington on January 21, the day after Donald Trump‘s inauguration, to protest Trump’s sexist comments, actions and policies, and to raise awareness of women’s issues. To observe the day the movement encourages any of the following: “1. Women take the day off, from paid and unpaid labor. 2. Avoid shopping for one day (with exceptions for small, women- and minority-owned businesses). 3. Wear red in solidarity with ‘A Day Without A Woman.'”