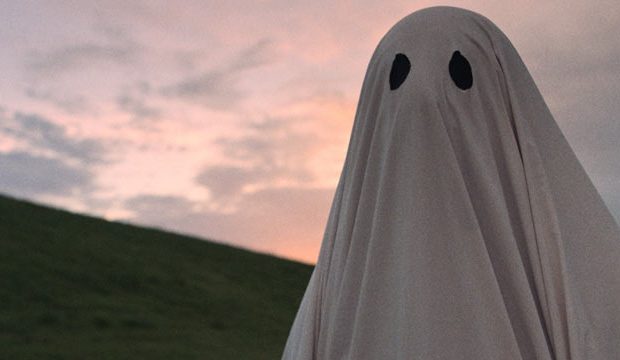 Casey Affleck can’t show his face since winning the Best Actor Oscar earlier this year for “Manchester by the Sea” — literally. In his followup to that somber film about a New England man in mourning, now he’s the one being mourned. He stars in “A Ghost Story,” which opened July 7, as a recently deceased man who returns to his widowed wife (Rooney Mara) covered in a white sheet. Perhaps it sounds unlikely to return Affleck to the Oscars, but the reviews would say otherwise.

As of this writing the film has a MetaCritic score of 87, which ranks it as the 10th best reviews movie of the year so far according to the review aggregator. The film is somewhat divisive though: it currently scores 86% on Rotten Tomatoes, which is undoubtedly positive, but it’s rare for an acclaimed film to score lower on Rotten Tomatoes since RT grades on a pass-fail scale. That indicates that 14% of critics don’t like it, but many of those who do absolutely adore it.

The film is helmed by David Lowery, who previously directed Affleck and Mara in “Ain’t Them Bodies Saints” (2013), and then followed that up with quite a different film, Disney’s “Pete’s Dragon” (2016). His work on this unconventional film is being described as “astonishing,” “fresh and inventive” and “indelible” in its images and ideas. But the film takes a Terrence Malick-like turn for the cosmic, and that doesn’t rub everyone the right way.

Are you planning to see this unconventional ‘Ghost Story’? Check out some of the reviews below, and join the discussion on this and more with your fellow movie fans in our forums.

Discuss ‘A Ghost Story’ with Hollywood insiders in our notorious forums

Justin Chang (Los Angeles Times): “Individual moments are drawn out so slowly that you feel trapped in them alongside the characters, but what gives the film its particular poignancy is the way it makes those moments feel both attenuated and fleeting … The astonishing narrative free-fall of the third act is best left for the viewer to discover.”

Dana Stevens (Slate): “In its brief sojourn on the screen, ‘A Ghost Story’ moves through centuries of geologic time and into the deepest recesses of the human heart … This movie has remained with me for more than a week now, not only its images (many of which are indelible) but also its ideas.”

A.O. Scott (New York Times): “‘A Ghost Story’ works so well because it shouldn’t work at all. Starting with a quote from Virginia Woolf, it wears its literary pedigree on its sleeve, yet it manages to feel fresh and inventive rather than stale or studied.”

Melissa Anderson (Village Voice): “The opening — and best — scenes of ‘A Ghost Story’ are animated by such moments of deep conjugal closeness … But too soon Lowery switches from the specific to the cosmic … Lowery also relies too heavily on [Terrence Malick‘s] fondness for crepuscular light and time-toggling, impoverished signifiers of what Malick likes to call ‘life’s journey.'”

London Film Festival: Robert Redford says farewell to acting with 'The Old Man and the Gun'

Oscars: Are subtle performances rather than showy roles the new to way to win?

2018 Golden Globes: Will these awards in January predict winners of the Oscars in March?

Who are YOUR favorite Oscar winners of the 2010s? Hurry and vote now in each of our 4 acting polls