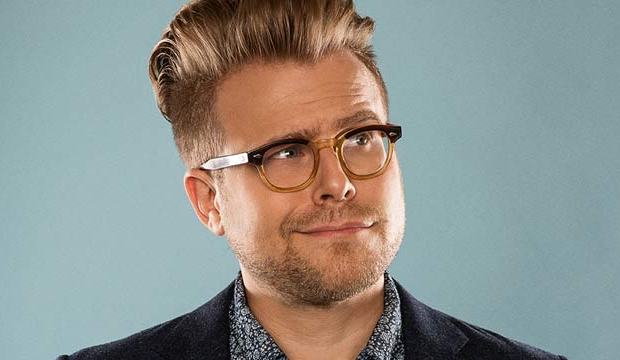 The “Adam Ruins Immigration” episode of “Adam Ruins Everything” has been submitted as truTV’s paid entry on the TV academy’s FYC website, Gold Derby has learned exclusively. While the Emmy site is updated frequently, as of this writing “Adam Ruins Everything” is one of only a handful of Best Informational Series Or Special contenders available for voters to watch on their laptops, tablets and phones to begin the awards conversation.

Adam Conover‘s “Adam Ruins Everything” started as a series of web shorts debunking popular myths and misconceptions, and now it’s a half-hour series on truTV. (Watch our recent webchat with Conover). The 26-episode first season ended in December, with Season 2 set to air this summer on the cable network. The series combines elements of education, sketch comedy and situational humor as Conover uses his extensive knowledge to disillusion his viewers about subjects they thought they already understood, from marriage, to sex, to death, and even to the Oscars.

In the politically relevant immigration episode, Conover explains that Donald Trump‘s big, beautiful border wall would not actually help prevent legal immigrants from overstaying their visas. He also details how Trump’s actions have created a newfound hatred of illegal immigrants. Conover is joined by special guest star Esai Morales (“NYPD Blue”) in the 21-minute episode — just one of many celebs to pop up during the show’s first season.

Below, see a detailed look at truTV’s Emmy FYC entry for “Adam Ruins Everything.”

#118 “Adam Ruins Immigration”
Airdate: September 27, 2016
Emmy FYC synopsis: Adam takes us on a journey to illustrate that an expensive border wall wouldn’t keep out the majority of immigrants who enter legally and overstay their visas. He then explores how the relatively recent militarization of the border has created an illegal immigrant problem where there wasn’t one before, racist mass deportations have historically led to disaster, and immigration courts are a huge mess that are broken from top to bottom.