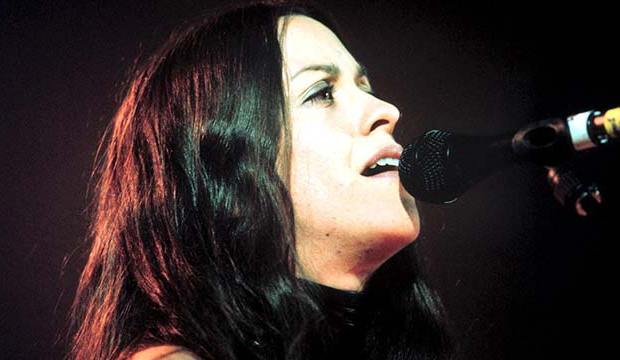 It was announced on Tuesday, May 30, that “Jagged Little Pill,” the blockbuster 1995 album by singer-songwriter Alanis Morissette, is about to become a stage musical. It will have its world premiere in Cambridge, Massachusetts, in May 2018 with direction by Tony winner Diane Paulus (“Pippin,” “Porgy and Bess”) and a book by Oscar winner Diablo Cody (“Juno”). The orchestrations are by Pulitzer Prize and Tony winner Tom Kitt (“Next to Normal”).

Morissette said in a statement, “This team that has come together for this ‘Jagged Little Pill’ musical is my musical theatre dream come true. The chemistry between all of us is crackling and I feel honored to be diving into these songs again, surrounded by all of this searing talent. Diablo and Diane are already taking these deeply personal songs that are part of my soul’s marrow to a whole other level of hope, freedom and complexity.”

Morissette’s “Jagged Little Pill” album was released in June 1995 when the musician was just 21 years-old. She had previously recorded two dance-pop albums in her native Canada, but “Jagged” transitioned her into harder-edged alternative rock, resulting in her international breakthrough. Spawning hit singles including “You Oughta Know,” “Ironic” and “Hand in My Pocket,” the album won her five Grammys including Album of the Year in 1996, which at the time made her the youngest artist ever to win that honor. She held that record until Taylor Swift broke it in 2010, winning for “Fearless” at age 20. “Jagged Little Pill” was also one of the most successful albums of all time with 33 million worldwide album sales. In the US alone it went 16-times platinum.

Morissette is hardly the first pop star to try to win over the theater crowd. In recent years Duncan Sheik (“Spring Awakening”), Elton John (“Billy Elliot”), Cyndi Lauper (“Kinky Boots”) and Sara Bareilles (“Waitress”) have written original scores for the stage, while Green Day‘s Grammy winning album “American Idiot” became a Tony winning musical in 2010. Are you excited for the stage debut of Morissette’s “Jagged Little Pill”? Discuss this and more with your fellow music and theater fans in our forums, and keep up with all the latest Gold Derby entertainment news.

2020 Tony Awards confusion: What's going on with the musical categories?

'Outlander': The best episodes as chosen by its fans