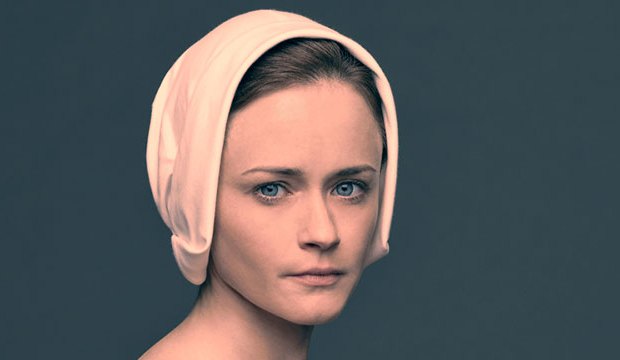 For “Gilmore Girls” fans it was a bittersweet day as “A Year in the Life” the highly-anticipated revival was snubbed by the Emmys. But three of its stars Alexis Bledel (“The Handmaid’s Tale”), Milo Ventimiglia (“This Is Us”) and Melissa McCarthy (“Saturday Night Live”) each scored nominations for other shows.

Bledel is contending for the first time in the Best Drama Guest Actress category for her role on “The Handmaid’s Tale.” This Hulu series is a timely cautionary tale in which women who are able to bear children are forced by a religious dictatorship to have them for the leaders and their barren wives. Bledel plays Ofglen, who in her episode submission “Late” she is muzzled and tried for being a lesbian.

The actress uses only her eyes to express the fear and desperation of character who is forced to watch her lover hanged. The episode ends as she discovers she has suffered another atrocity: vaginal circumcision. She lets out a harrowing scream, the only sound she makes the entire episode. For an actress best-known for speed-talking, it was an unexpected surprise to learn she didn’t need a word of dialogue to give the best performance of her career.

Should Bledel win at age 35 (a week before her 36th birthday) she would be the youngest winner in the category’s history replacing Kay Lenz (“Midnight Caller”) who was 36 when she won in 1989. This award typically goes to more seasoned actresses as evidenced by the past four winners, including reigning two-time champ Margo Martindale (“The Americans”) as well as Alison Janney (“Masters of Sex,” 2014) and “The Good Wife” guests Carrie Preston  in 2013 and Martha Plimpton in 2012.

Many a young actress has given an award-worthy performances only to be passed over for a veteran. Rachel Brosnahan (“House of Cards”) at 25 could not win in 2015. Kate Mara (“House of Cards”) at 31 was also too young to win in 2014. Linda Cardellini (“Mad Men”) was not yet a seasoned enough veteran at 38 to win in 2013. And Julia Stiles (“Dexter”) and her much buzzed about performance at 30 failed to impress Emmy voters in 2011.

What might be Bledel’s down fall is not her age but Ann Dowd who is nominated for both her regular role on “The Handmaid’s Tale” as the evil Aunt Lydia and in this category for her work as Patty on “The Leftovers.” Dowd appears twice in Bledel’s episode,  terrorizing Elizabeth Moss and delivering the news to Bledel about the atrocity she’s suffered. Unlike Bledel, Dowd speaks. Emmy voters will see Dowd in two different roles and they could see awarding her as a two for one and that’s hard to pass up.

But there is a silver lining for Bledel who return as a series regular for season two and could get another chance at an Emmy.