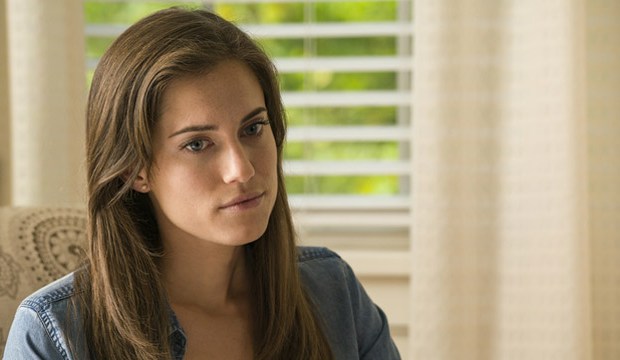 Allison Williams has the potential to score her first Emmy nomination for the final season of HBO’s “Girls,” thanks to some newfound success. The actress is coming off a memorable turn in the box office smash “Get Out,” and now she’s among the contenders who could surprise in Best Comedy Supporting Actress at the Emmys. (Watch our recent webchat with Allison Williams.)

Williams is coming off the sixth and final season of “Girls,” where she starred as Marnie Michaels, the self-centered best friend of Hannah Horvath (Lena Dunham). The final season featured Marnie reeling from her divorce from Desi (Ebon Moss-Bachrach) while still trying to perform as a musical duo with him. Marnie’s narcissism continued to spiral out of control, but Williams’ line delivery and comically oblivious performance style made her a compelling character to watch to the very end.

“Girls” has had a rocky path at the Emmys through its first five seasons. The show was nominated for Best Comedy Series for Seasons 1 and 2, Dunham received Best Actress nominations for each of the show’s first three seasons, and Adam Driver (who played Adam Sackler) was nominated for Seasons 2-4, but they were all dropped by Season 5. Guest star Peter Scolari (as Hannah’s father Tad) won an Emmy for the show last year, while Gaby Hoffmann (as Caroline) was nominated the year before. None of the other “girls” have been nominated, including Williams, Zosia Mamet (as Shoshanna Shapiro) and Jemima Kirke (as Jessa Johansson).

As of now, Williams is an outside contender for Best Comedy Supporting Actress, according to Gold Derby odds. Considering she was not able to get in while the show was earning Best Comedy Series nominations, it will be an uphill battle, but it is not impossible.

“Get Out” should certainly help Williams get some new attention from Emmy voters. In the acclaimed horror film she plays Rose, the girlfriend of Chris (Daniel Kaluuya), a black photographer who meets her seemingly liberal parents and discovers something is very wrong. Williams gets to play a very fun role by the film’s end, and certainly leaves an impression

Emmy voters tend to like when TV stars also perform well at the box office. Some of the more notable examples include Katherine Heigl’s win for “Grey’s Anatomy” in 2007 after the success of “Knocked Up,” Melissa McCarthy winning for “Mike & Molly” in 2011 following “Bridesmaids,” and Amy Schumer’s many nominations in 2015 after “Trainwreck.” With “Get Out” grossing over $175 million at the U.S. box office, there’s bound to be more than a few Emmy voters who are impressed by Williams, especially considering it is her film debut.

There are also examples of actors being snubbed until they finally got in for their last seasons, including Matthew Fox for “Lost” in 2010 and Laurie Metcalf for “Getting On” in 2016. Williams may not play an entirely likable character on “Girls,” but she should still be in the conversation for a slot as Best Comedy Supporting Actress.