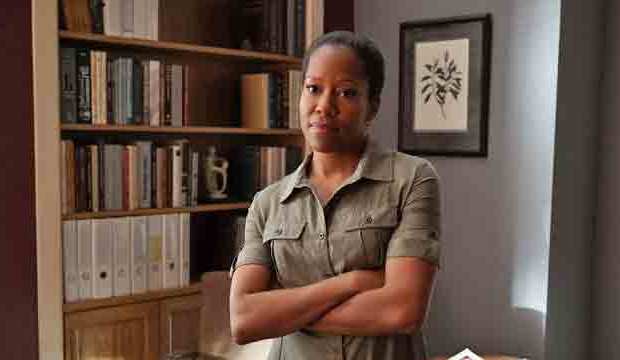 ABC has officially cancelled “American Crime” after three seasons. The anthology drama was a consistent Emmy favorite in its first two installments, but low ratings for Season 3 ultimately prevented a renewal. “American Crime’s” final season focused on illegal immigration, sex trafficking, workers’ rights and drug addiction, but even though the show has ended the Emmys still have a chance of giving it a goodbye hug.

For its first season the anthology series made a big splash at the Emmys, scoring 10 nominations including Best Limited Series and a representative in each of the four acting categories: Timothy Hutton in Best Actor, Felicity Huffman in Best Actress, Richard Cabral in Supporting Actor and Regina King in Supporting Actress. King took home the Best Supporting Actress prize for her role as the ultra-religious sister of a crime suspect Aliyah Shadeed, and was the only victory for “American Crime” that awards season.

Season 2 saw a decrease in Emmy nominations, though it still scored four big ones, including Best Limited Series, Huffman and Lili Taylor for Best Actress, and King for Supporting Actress. The Emmys again awarded King as the program’s sole victory, this time for her role as Terri LaCroix, the stubborn mother of a private school student.

Those nominations for Limited Series, Huffman and King are the only holdovers from two seasons and while all three could get nominated again, this year’s Best Limited Series races are even more competitive than ever. With contenders like “Big Little Lies,” “Feud: Bette and Joan,” “Fargo,” “The Night Of,” “Genius,” “The Young Pope” and “When We Rise” in the mix, it could be an uphill battle for the departing ABC program.

King’s two consecutive wins should suggest another nomination is likely in Best Supporting Actress, but even a beloved Emmy favorite like Huffman could be at risk in the cutthroat Best Actress category that includes Reese Witherspoon and Nicole Kidman from “Big Little Lies,” Jessica Lange and Susan Sarandon from “Feud: Bette and Joan,” Carrie Coon from “Fargo,” Bryce Dallas Howard from “Black Mirror” and a little known actress named Oprah Winfrey for “The Immortal Life of Henrietta Lacks.” Huffman has more screen time in Season 3 than she did in Season 2, but will she be able to sneak through over flashier contenders?

As for the Best Limited Series category, Gold Derby’s Emmy experts from major media outlets currently have “American Crime” in fifth place to win, below “Feud: Bette and Joan,” “Big Little Lies,” “The Night Of” and “Fargo.” If the Emmy Awards truly are about rewarding the best in television regardless of ratings, “American Crime” deserves to be recognized with a goodbye hug.