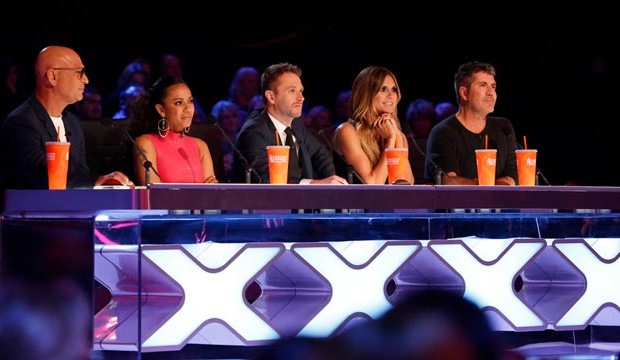 Darci Lynne Farmer — Darci Lynne uses her puppet Petunia to help her come out of her shell and find a voice that she otherwise is too shy to let sing. On stage, any shyness Darci Lynne may have had evaporates and she displays confidence, comedy and a stunning voice despite barely opening her mouth. Her first audition got Mel B to press her Golden Buzzer and send her straight to the live shows.

Brandon Rogers — The mark that Brandon left not only on the show, but also on the world is evident in both his tremendous singing ability and his giving of himself as a doctor. It’s such an honor and a gift that his family allowed “AGT” to air his gorgeous rendition of “Ribbon in the Sky” following his tragic death on June 11, 2017 before he was able to return to the show for his second audition.

Mandy Harvey — Now 29, Mandy has been deaf for 10 years after a disorder caused her to lose her hearing. Having sung prior to her hearing loss, Mandy re-taught herself to sing by trusting herself, muscle memory and feeling beats through vibrations in the floor. An emotional performance of her original song, “Try,” moved Simon Cowell so much that he awarded her his Golden Buzzer.

SEE‘America’s Got Talent’: Don’t tell Simon Cowell but Mel B is your favorite judge

Christian Guardino — It took only one note for 16-year-old Christian to knock the judges out of their seats. Howie Mandel was so taken by his deep and powerful rendition of “Who’s Lovin’ You” that he had no choice but to make Christian’s wish come true by hitting his Golden Buzzer for him.

Angelina Green — At 13 years old, Angelina has the grace and maturity of a singer much older than her and with a wealth of experience performing in front of large crowds. She was captivating and her performance of “I’ll Stand by You” resonated deeply enough with both the audience and Heidi Klum to get a press of her Golden Buzzer.

That’s just five of our favorite “AGT” 2017 acts. To see all 10 best performances (so far), be sure to scroll through our photo gallery up above.