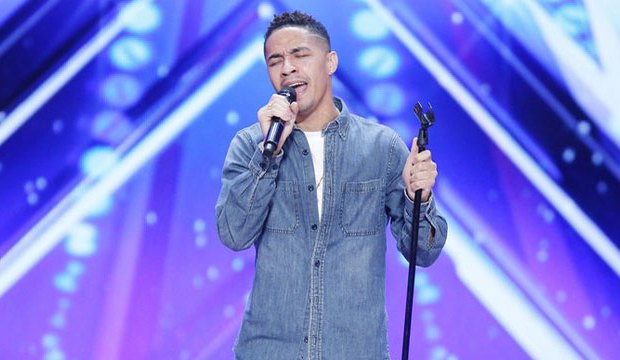 “America’s Got Talent” 2017 producers were put in an impossible situation last week when they decided to air the audition video of 29-year-old doctor/singer Brandon Rogers, who had passed away a month prior. Rogers’ family gave their blessing for the video to air. I feel as though “AGT” deserves major credit for handling the tough situation with such grace and dignity. However, not everyone agrees with me, as others saw the moment as gratuitous and icky. Where do YOU stand? Let us know by sounding off in our poll below.

Rogers performed a beautiful cover of Stevie Wonder’s “Ribbon in the Sky” on the episode that aired last Tuesday (read our recap). All four “AGT” judges — Simon Cowell, Heidi Klum, Mel B and Howie Mandel — jumped to their feet at the conclusion of his performance, with Cowell even remarking that his vocal was “stunning.” Following the airing of his audition on NBC, Mel B tweeted, “Devastated RIP Brandon Rogers.” And Mandel retweeted the viral video from the official “AGT” account.

“On June 11 one of our contestants, Brandon Rogers, tragically passed away in a car accident,” read an on-screen prompt prior to his performance. “At the request of his family we would like to honor his memory by sharing his audition with you.” Viewers then saw a taped piece with a humble and nervous Rogers proclaiming, “I can’t even believe I’m here right now.”

Rogers was born October 30, 1987 in Virginia and passed away June 11, 2017 from a car accident. There’s no word yet on whether Rogers will be seen on any other episode of “Americas Got Talent” Season 12 — the Judges Cuts begin this week — but it’s safe to say that his short appearance on the show will be something fans remember for a long time.