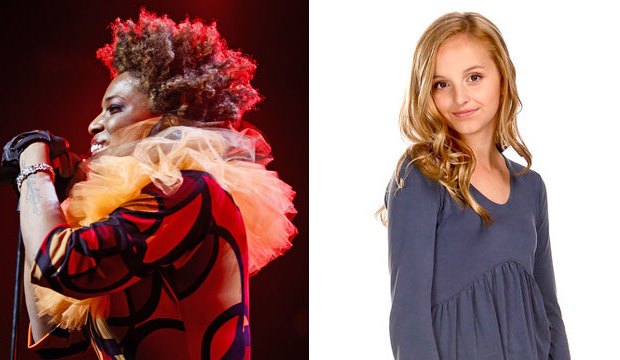 “Evie kills it!” tweeted Macy Gray after Evie Clair performed a cover of “I Try” on Tuesday’s Judge Cuts 2 episode of “America’s Got Talent” 2017. Gray later added, “wow!! really beautiful! @evieclair – you made my face flush! thank you! congrats on your performance!” “I Try,” which Gray co-wrote, is the R&B singer’s biggest hit to date. Gray even won Best Female Pop Vocal Performance at the 2001 Grammys thanks to the catchy song. Watch Evie Clair’s video right here.

All of the “AGT” judges — Simon Cowell, Heidi Klum, Mel B, Howie Mandel and guest DJ Khaled — agreed that Clair’s rendition of “I Try” was heart-breaking. The young singer was clearly emotional during her performance, as her family is in turmoil right now because of her father’s diagnosis of stage 4 colon cancer. “A lot of things are happening right now, and we don’t really know what’s gonna happen next,” Clair told the judges before she sang.

While long-running judge Mandel likened her voice to “the sound of an angel singing to her daddy,” Mel B teared up as she explained, “It actually made me think of my dad, who’s not here with me anymore.”

However, not everyone was full of praises, as Klum noted, “It was not the perfect audition because maybe all of the notes weren’t always perfect. [However,] I still remember you and your voice at the end of the day because it is special.”

Are you happy that Clair was one of the seven acts to move on to the live shows of “Americas Got Talent” Season 12? Let us know by sounding off down in the comments section. The next round of Judge Cuts will air Tuesday on NBC.

SEE‘America’s Got Talent’: Don’t tell Simon Cowell but Mel B is your favorite judge

wow!! really beautiful! @evieclair – you made my face flush! thank you! congrats on your performance! https://t.co/JIAyk4EVuQ