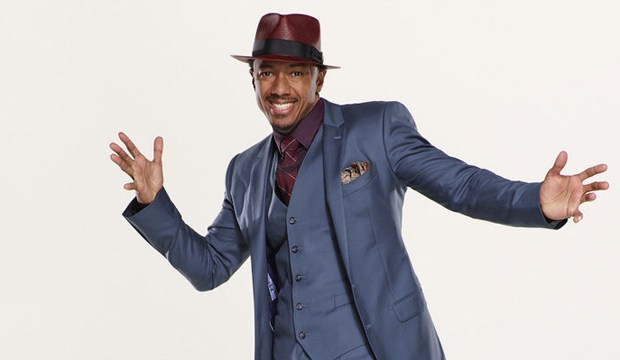 Looks like current “America’s Got Talent” host Nick Cannon is going the way of former ringleaders Regis Philbin and Jerry Springer. Cannon revealed via Facebook that he’s actually quitting NBC’s reality TV show because of this racy joke he told on a Showtime special: “Y’all see my face on ‘America’s Got Talent’? Like, this next crazy motherf***er coming to the stage gonna be juggling blindfolded with knives and s***, so n****s be careful! But I can’t say that. I can’t talk like that. That would mess up the white money.”

Cannon announced on Monday, “It was brought to my attention by my ‘team’ that NBC believed that I was in breach of contract because I had disparaged their brand. It’s never been about the money for me, what is difficult to walk away from is the fans, the people who love me on the show. This hurts tremendously.” With Cannon out at NBC after eight lucrative years, who do you want to be the next “AGT” host? Vote in our poll below.

Cowell is also the co-creator of the “Got Talent” brand, which has been spun off in various countries and is now one of the most successful reality franchises in the world. He finally joined the American version of the show last summer, after Howard Stern decided to leave.

Among our picks to replace Cannon, you can’t go wrong with Ryan Seacrest, who’s out of a night job after 15 years hosting “American Idol.” Then there’s former “The Soup” host Joel McHale, who already has a relationship with NBC thanks to his comedy “Community.” Former Emmy host (and winner) Jane Lynch is amazing every time she’s on live TV. Even though Patton Oswalt just beat Margaret Cho at the Grammy Awards for Best Comedy Album, we think both would do well as “AGT” co-hosts.

Other poll suggestions: Billy Bush is currently looking for work because the Trump tape, Mario Lopez has the perfect resume thanks to hosting “The X Factor,” Amy Schumer is taking a break from “Inside Amy Schumer,” Chelsea Handler would bring an acerbic wit to the show, and Emmy winner RuPaul Charles would be absolutely fabulous as the new “AGT” host. Don’t like our 10 choices? Then sound off with your own suggestions in the comments section below the poll.