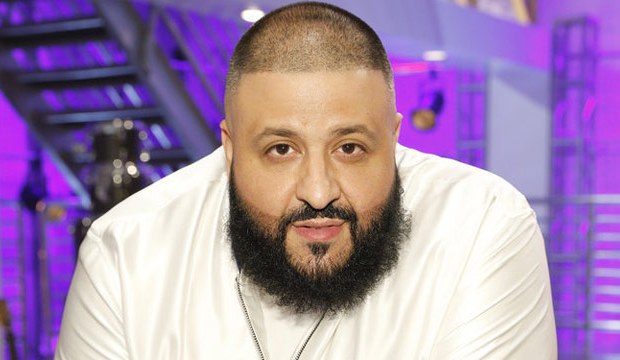 Tuesday night, Season 12 of “America’s Got Talent” continued the final stage of the competition before the live shows begin. Twenty performers presented their act in front of series judges Simon Cowell, Heidi Klum, Howie Mandel and Mel B as well as guest judge music producer DJ Khaled. In the judge cut phase of the show, 20 acts perform in front of the panel, needing the approval of the judges in order to be one of only seven acts that will advance to the next round. Khaled took over the special position that Chris Hardwick held last week, having his own Golden Buzzer to overrule the other judges with and send his favorite act straight through.

Below, read our “Americas Got Talent” 2017 recap of the 20 acts in the order in which they were showcased on Tuesday’s episode. Who are you most excited to see perform in the live shows? Be sure to sound off with your thoughts down in the comments section.

Sammulous: In response to Simon’s hesitation about his cabaret act in the first round, Sammulous changed it up this time by singing an uptempo disco song. He’s clearly comfortable on stage, with a presence that matches his unique ability of hitting those high notes with perfect pitch. Heidi seemed most impressed while Simon continued to have reservations.

Steven Scott: Steven’s comedy set, a passionate plea to bring answering machines back, gave Khaled something to laugh about. The sound effects Steven made with his mouth were the highlight of his performance.

The Quiddlers: This comedy act’s schtick was to perform the Spice Girls classic “Wannabe” as the four main judges, only they performed as puppets (of a sort) using their arms as the legs of the puppets and bouncing around the stage in high energy theatrics.

Str8jacket: Mel B applauded the crew for the intricacy of their movements considering they had hula hoops as props.

Solto & T Dot: The duo performed shirtless, a major bonus according to Heidi, in their acrobatic routine and earned the compliment from Simon that this performance was a step up from their audition.

Junior and Emily: The goal of their ballroom dance performance was to take a risk by increasing the difficulty of their moves and showing a completely new routine. Mel B and Simon were let down, however, stressing that they relied on the spin tricks rather than showing their dancing skills.

Jokgu and Aichan: In order to improve upon Jokgu’s first audition where he played the piano, his handlers brought out his sister Aichan so that they could perform a piano duel. Unfortunately the siblings had a slow start and received red buzzers from all four judges, eliminating them from the competition.

Dakota Striplin: Khaled kept his attention locked on Dakota throughout his performance of “Can’t Help Falling in Love.” Mel B and Heidi both called this audition an improvement from the first, but warned that competition is stiff so it’ll be a tough call.

Chase Goehring: Performing another original song, Chase introduced the audience to “A Capella,” another mixed genre track of guitar-backed singing-songwriting and soft rap verses. As he was with Dakota, Khaled was acutely focused on Chase only this time the performance ended with a standing ovation and Khaled’s highly coveted Golden Buzzer, sending Chase straight to the live shows.

Azeri Brothers: The shock value trio once again made the audience and judges cringe with their daring act involving nails, hammers and their own bodies.

The Godfathers: The four acrobats wowed with towering flip tricks and athletic balancing and coordination elements.

Tulga: Think of a baton twirler, but then imagine if that baton was a huge log of wood with flames erupting out of both ends resting on a man’s back. That’s what strongman Tulga brings to the table.

Mirror Image: Having earned the respect of Mel B, Howie and Heidi in their first audition, the twins set the goal of winning over Simon with this new performance. While they may have been into the first half of their act when they sang “California Dreamin’,” Simon hit his red buzzer when they switched to a frantic dance routine and Khaled couldn’t say much more than “interesting.”

Evie Clair: At just 13 years old, Evie’s ability to steal the attention of the entire auditorium with just her voice on a quiet, mature song like Macy Gray‘s “I Try” is astounding. She received acclaim across the board from the panel, mostly for her spirit and heart that shine through in her performance.

Kyle Eschen: Like most magicians on the show, Kyle used the judges as his assistants to perform slight of hand tricks with a deck of cards, a book and random answers from the judges.

Xavier Mortimer: Xavier’s style of magic is more illusion-based, but impresses the judges with a high entertainment value.

Colin Cloud: Unlike other magicians, Colin relies on his ability to tap into the mind’s of other people. For this audition, he used the judges to give him random numbers and/or words that he used to both unlock his iPhone live on stage and guess what things Mel B was thinking in her head.

Pelican212: This band of mostly kids showed that family’s that perform together stick together, getting a positive critique from Khaled.

Puddles Pity Party: Puddles combines two of AGT’s best attributes–not only is an engaging comedy act when he plays up the mime aspects of his sad clown character, but he also sings really well. Tonight his rendition of Celine Dion‘s “All by Myself” garnered mixed reviews from the panel, leaving Khaled confused and Howie fighting for him to stay.

Yoli Mayor: Taking on Rihanna’s “Love on the Brain,” Yoli didn’t need a second chance this time around to prove to the judges that she is the real deal. Her sultry and powerful vocals had the panel smiling from ear to ear with pride throughout earning her a well-deserved standing ovation that left her in tears.

At the end of the episode the judges deliberated on the 20 acts, tasked with narrowing the field down to only six more acts from the night that would join the Golden Buzzer 2017 picks in the live shows. They chose: Puddles Pity Party, Mirror Image, Junior and Emily, Colin Cloud, Evie Clair and Yoli Mayor. Do you agree with their choices? Sound off below.