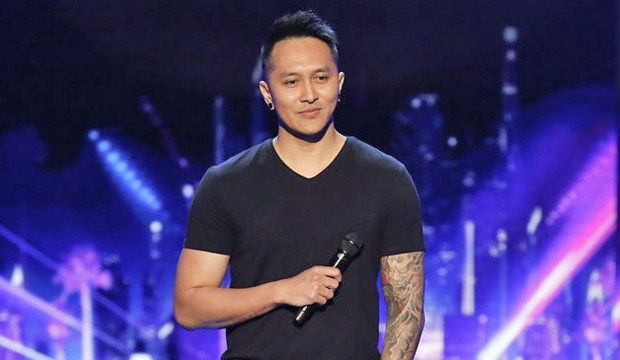 “America’s Got Talent” eliminated five more acts from the competition on the Aug. 23 results show. All of those that were axed had been good enough to make it through the audition process and survive the judges’ cuts to perform on Tuesday’s second live quarterfinal. But they did not win over enough viewers to number among the seven acts that move on to the semi-finals of season 12 of “AGT” in several weeks time.

Which of the five acts that was bounced this week will you miss the most? Read our recaps of their performances and then cast your vote in our poll at the bottom of this post.

Demian Aditya: This escape artist was hindered by technical issues which caused his routine to be cut short.

Brobots and Mandroidz: While the other three judges had been impressed by this all-male dance troupe, Howie Mandel buzzed during their routine.

The Masqueraders: This group reunited 50 years after being dropped by their record label to perform an original track. After the judges split on the final act to put through to the semifinals, it was left to the public vote, which had favored magician Eric Jones.

Mirror Image: Despite both singing and dancing, these twins once again failed to win over Simon Cowell and he was quick to buzz them. As he explained in very plain language, their singing was a weak point of their performance.

The Pompeyo Family: This talented trio and their troupe of trained dogs performed a jungle-themed routine set to Katy Perry‘s “Roar.