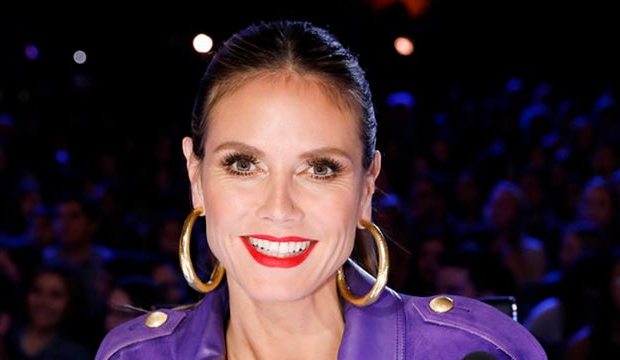 “America’s Got Talent” concluded the auditions phase of Season 12 Tuesday night with 12 more acts performing in front of judges Simon Cowell, Mel B, Heidi Klum and Howie Mandel. In this initial audition round, hopeful acts perform their talent for the judges, and must receive a “yes” from at least three of them to move on to the next round. Acts are eliminated if two or more judges press their red “X” button or say “no” in the final judgment. If a judge is truly wowed by an act, they can press the Golden Buzzer, which sends them straight to the live shows.

Here is our “Americas Got Talent” Season 12, Episode 6 recap of the 12 acts in the order they were featured on Tuesday night’s episode. Who emerged as a potential winning act and what did you make of Klum’s final Golden Buzzer of these audition rounds? Let your voice be heard in the comments section.

5 Alive: This Miami boy band is hoping to bring their specific genre back to the entertainment industry. The high-spirited band went full ‘90s nostalgia with covers of “Poison” by Bell Bin Devoe and “Pony” by Ginuwine, doing fun choreography as they sang. Simon was not impressed, saying it felt very old-fashioned, but the other three judges were entertained. Mel said she would go to 5 Alive’s concert, and joined Heidi and Howie in sending them to the next round.

German Corenjo Dance Company: This Argentinian dance troupe brought passion and proficiency to the “AGT” stage. The large group of dancers performed a tango with a fusion of ballet and jazz, performing synchronized moves and using the entire stage to their advantage. Heidi said they were very fun to watch and Simon said he could see the group as a live show. All four judges agreed to send them to the Judge Cuts.

Angelina Green: Thirteen-year-old Angelina told the emotional story of her parents’ divorce, revealing that she retreated into music to cope. The young singer dedicated her audition to her supportive mother, performing a raw, moving cover of “I’ll Stand by You” by The Pretenders. The judges were visibly emotional, with Simon saying his “goosebumps had goosebumps.” Klum said Angelina had an old soul and was so drawn into her performance that she pressed the Golden Buzzer, sending the teenager automatically through to the live rounds.

The Quiddlers: This foursome of men have been performing together for 10 years. Dressed exactly like the Village People, they walked behind a structure and came out the other side significantly smaller, waddling around the stage and performing tricks. The judges were very intrigued, with Heidi saying she wouldn’t forget it and Simon admitting it was one of the weirdest things he had ever seen. Despite Simon’s confusion, the group advanced forward.

Harrison Greenbaum: Harrison is a 30-year-old comedian who graduated at the top of his class in both high school and college. Despite his impressive academic prowess, he decided to become a standup comedian, which he talked about in his audition. He also joked about dealing with strangers who know he is gay and even suggested Simon knew what he was talking about. Mel said Harrison was both funny and likable, while Simon liked his edgy material. All four judges gave him a “yes.”

Jonathan Rinny: Jonathan is a 25-year-old balancing artist from Buenos Aries, Argentina who now lives in Boston with wife/assistant, Caroline. He explained before his audition that his mother-in-law does not approve of what he does, and said he hoped to impress her by showing his talent on TV. Jonathan balanced on four wobbling skateboards on top of a cylinder with assistance from Caroline, which impressed the judges, but then upped the ante by balancing on multiple cylinders. Heidi was worried for him, but all four judges sent him to the next round.

Mike Yung: Middle-aged singer Mike Yung has been performing for 37 years in the subways of New York City, and has had a lifetime of difficult experiences. With just an accompanying guitarist, Mike belted out a cover of “Unchained Melody” by The Righteous Brothers with top-notch vibrato and power. Simon and Howie were taken with Mike’s raw energy, while Mel didn’t think he was up to the standards of “AGT.” Heidi was on the fence but eventually became the third “yes” that advanced him to the Judge Cuts.

Canion Shijirbat: This dancer showed off his powers of illusion by performing against a backdrop projection. The visually-stunning act managed to fool Simon, who assumed that there were actually two dancers onstage. Canion received four “yes” votes and advanced to the next round.

Danylo and Oskar: This Ukrainian father-and-son contortionist act truly wowed the judges and the audience. 8-year-old Oskar balanced on his father’s hands and showed off his incredible flexibility, while also hamming it up with some adorable winks and waves. Mel said she had never seen anything like it, and Howie tried to translate “amazing” and “wow” into their language. The duo then sailed through to the next round from the judges’ votes.

Mirror Image: Identical twins Trent and Colton Edwards said before their audition that they were best friends and completely inseparable, and that was clear from their performance. The 16-year-olds sang a cover of “Who’s Lovin’ You” by The Miracles and then energetically danced to “Pump It” by The Black Eyed Peas. Simon was confused by exactly what the act was, but Howie said they were “campy but fun,” while Heidi said she wanted to adopt them. They got three “yes” votes from the judges, with Simon as the one holdout.

Vispi & Team India: This duo combined the martial arts of today with ancient techniques, and proclaimed they were about to perform the most dangerous act in “AGT” history. One of the men had fruit taped to his body and the other blindfolded himself and used a sword to cut the fruit. Howie, Heidi, and Mel were grossed out by the act but Simon said he saw something in the act the others didn’t see. It wasn’t enough to send them to the next round, though.

Brandon Rogers: “AGT” concluded the episode by honoring Brandon Rogers, the doctor/singer who died in a car accident in June. For his audition, he performed a beautiful cover of Stevie Wonder’s “Ribbon in the Sky” and had all four judges on their feet. Heidi said there was something special about his voice, and Simon said his vocal was stunning. The judges sent him through to the next round. Brandon’s audition was aired with permission from his family.