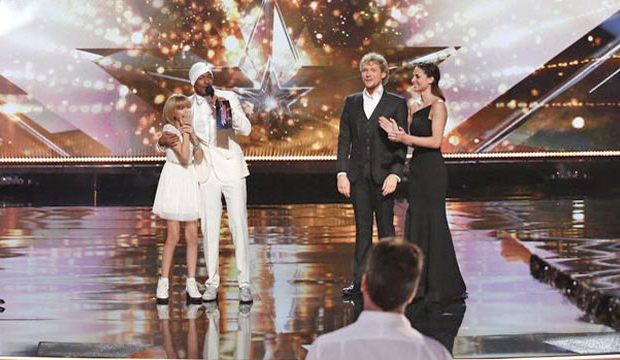 “America’s Got Talent” fans, are you happy that Grace VanderWaal was named last year’s winner, or do you think runners-up The Clairvoyants or Brian Justin Crum should have claimed the $1 million prize instead? Vote in our poll below and then click through our photo gallery at the bottom of this post to familiarize yourself with all of the “America’s Got Talent” winners.

Twelve-year-old songwriter/ukulelist VanderWaal won Season 11 on September 14, 2016 in what was seen as a slam dunk against mentalist duo The Clairvoyants and singer Crum. She had been the favorite for much of the season, buoyed by her original audition song “I Don’t Know My Name” that went viral and had people describing her as the next Taylor Swift.

Since winning “AGT,” VanderWaal signed a deal with Columbia Records that resulted in the December release of first EP, titled “Perfectly Imperfect.” She then took home the 2017 Radio Disney Music Award in the hot category of Best New Artist.

As long-running “AGT” judge Howie Mandel told us recently in our exclusive interview, “Last year it was so exciting to hit a Golden Buzzer for somebody like Grace VanderWaal, who I think is gonna be the biggest star to come out of any of these shows. This year, we’re already in the audition stage and [seeing] 12-year-olds and 11-year-olds who are inspired by her.”

“Americas Got Talent’s” second-place contenders The Clairvoyants continue impressing audiences with their artful mind reading at stages across America. And fourth-place singer Crum released a cover of Robyn’s “Show Me Love” back in December and currently can be seen performing at various venues around the country.

Simon Cowell breaks rules on 'America's Got Talent: The Champions' by giving Golden Buzzer to Boogie…

'America's Got Talent' shocking shake-up: Julianne Hough, Gabrielle Union out as judges after just one…

Kodi Lee interview: 'America's Got Talent' winner on 'awesome' Las Vegas concert and 'down to earth'…

Which 'America's Got Talent' winner do YOU hope returns for 'AGT: The Champions' Season 2: Kodi Lee, Mat…

'America's Got Talent' heartbreaker: Julianne Hough consoles V.Unbeatable after being robbed of the $1…

'AGT' mystery: How did Emanne Beasha lose 'America's Got Talent' to Kodi Lee?