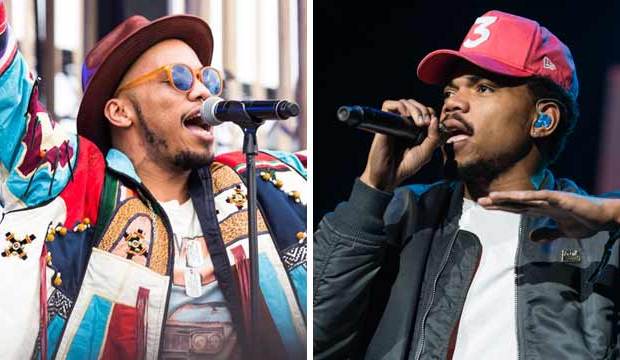 Best New Artist has always been among the most controversial categories at the Grammys. From its supposed curse to shifting eligibility rules to the infamous revocation of the karaoke-superstar 1990 recipients Milli Vanilli, it’s easy for onlookers to pick the nominees and winners apart. This year’s finalists span rap (Chance the Rapper), country (Kelsea Ballerini and Maren Morris), dance (The Chainsmokers) and R&B (Anderson Paak). With no clear frontrunner, we’ll have to take a closer look at the pros and cons of this year’s options.

Let’s start with the favorite according to our racetrack odds and the category’s biggest surprise, who represent R&B and hip-hop this year.

WHY HE’LL WIN: He’s this year’s alternative choice
There are no pure pop or rock nominees this year, but Anderson Paak may be the choice that comes closest with his fusion of funk, soul, and hip-hop. Paak is a multi-instrumentalist who got a big break by playing drums on Dr. Dre’s Grammy-nominated album “Compton.” His lyrics are thoughtful, sensitive, and self-written. He blends singing and rapping in a way that is modern (Drake) yet classic (Lauryn Hill). If voters are looking for a studied and traditional musician, Anderson Paak is the clear choice.

WHY HE WON’T WIN: In a small field, he has strong, direct competition
The recording academy is uneasy about hip-hop in the top categories (more on that later). But even if voters are finally swayed by the genre’s overwhelming popularity (take a look at the most-streamed songs on Spotify), Paak isn’t the category’s only choice. Nor is he the category’s more popular choice. If you’re looking for a hip-hop champion this year, it will more likely be Chance the Rapper. The two will likely split votes, leaving Anderson Paak with a poor chance of being crowned Best New Artist.

WHY HE’LL WIN: Besides his talent and his charm, Chance is playing the game
Chance is arguably the most critically acclaimed nominee this year, and even though he never released his album for sale, his streaming numbers and touring revenues are impressive. This was enough to put him on the academy’s radar, but in order to improve his chances (no pun intended) he took a few extra steps. First, he used his featured verse on Kanye West’s “Ultralight Beam” to reference his desire to win a Grammy; the lyric noted that an album had to be available for sale in order to be eligible for a nomination, but a few months later, after Chance’s “Coloring Book” was released for free, the Grammy rule changed to allow streaming-only titles a chance at a trophy. Then later in the year Chance took out an ad in Billboard, bluntly asking for votes. His boyish charm coupled with his original music could very well cut through in a relatively open year for Best New Artist.

WHY HE WON’T WIN: Grammy voters don’t know how to handle rap in the general field
Since the turn of the millennium, the only rap artists to win one of the top four awards are OutKast (Album of the Year for “Speakerboxx/The Love Below,” 2004) and Macklemore and Ryan Lewis (Best New Artist, 2014). That’s just two out of 68, or 3% of all general-field winners since 2000. That means highly regarded superstars like Kanye West, Jay Z, Missy Elliott, Kendrick Lamar and Eminem, among others, have been shut out. Also consider that OutKast and Macklemore won big after riding high with world-conquering hits — “Hey Ya” and “Thrift Shop,” respectively — that exposed them to as wide and as pop-friendly an audience as they could get. While Chance has certainly been visible this year, he hasn’t broken through the Top 40 in order to become a household name like the aforementioned past winners.

Taylor Swift ('You All Over Me'): She teams up with Maren Morris for her latest flashback from…