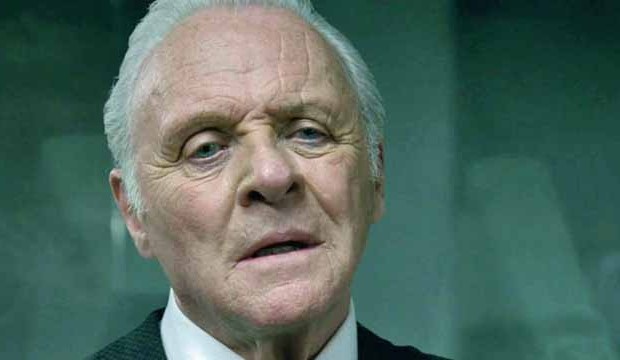 Gold Derby can exclusively reveal that Anthony Hopkins is entering the “Westworld” episode “Trompe L’Oeil” as his Emmy submission for Best Drama Actor. This installment of the HBO program aired November 13 and was the 7th episode of the first season. In this segment, the corporate board is planning on proving the incompetence of creative genius Dr. Robert Ford (Hopkins) and force him to retire. After a sham effort to discredit him, Bernard (Jeffrey Wright) is confronted by Ford at an off-the-books secret cottage. Ford demands him to kill one of the executives (“a blood sacrifice”) with the audience finding out that Bernard is actually one of the robots.

Last year’s winner Rami Malek (“Mr. Robot”) did not make the cut this time, so Hopkins is in a showdown with past winners Sterling K. Brown (“This Is Us”) and Bob Odenkirk (“Better Call Saul”), returning nominees Matthew Rhys (“The Americans”), Liev Schreiber (“Ray Donovan”), and Kevin Spacey (“House of Cards”), and rookie contender Milo Ventimiglia (“This Is Us”).

Hopkins is already a two-time winner at the Emmys with victories for “The Lindbergh Kidnapping Case” (1976) and “The Bunker” (1981). He also won an Oscar for “The Silence of the Lambs” in 1992 among his four career nominations (also including “The Remains of the Day,” “Nixon,” and “Amistad”). He received the Cecil B. DeMille Award for life achievement at the Golden Globes in 2006 and was part of the Best TV Drama Ensemble nomination at the SAG Awards this year.