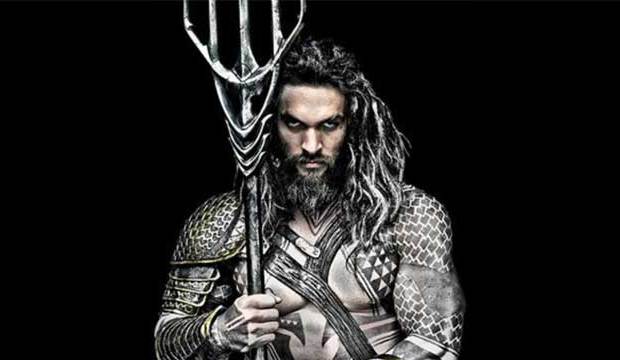 Aquaman (Jason Momoa) made his first appearance in the DC Extended Universe movie franchise in last year’s “Superman v Batman: Dawn of Justice.” We know that the underwater superhero will feature more prominently in the fifth film in the franchise, “Justice League,” which is due out November 17. Both of those were directed by Zach Snyder.

Now comes news that fans will have to wait a few months longer for his stand-alone film. That one is being directed by James Wan (“Furious 7”) and was slated for release on October 5, 2018. However, Warner Bros. just moved it to December 21. That date had been reserved for “Avatar 2” but James Cameron recently announced that this sequel to his 2009 blockbuster has been delayed.

Snyder had celebrated his birthday March 1 by releasing a teaser of “Justice League” that featured Aquaman.  In the all-too-brief clip, we saw Aquaman (Jason Momoa) gliding effortlessly through the stormy sea on his way to an encounter with his nemesis Ocean Master (Patrick Wilson).

The two are half-brothers. Aquaman is Arthur Curry, son of Tom Curry, a lighthouse keeper and Atlanta, an outcast from the lost, underwater city of Atlantis. After Atlanta ties, Tom remarries and has another son, Orm, who resents Arthur. As an adult, he suffers from amnesia and is transformed into the Ocean Master.

Snyder kicked off the DC Extended Universe series with “Man of Steel” in 2013. That reboot of the Superman character starred Henry Cavill as the the title character and he is slated to appear in “Justice League” as is Ben Affleck as Batman. The Caped Crusader and Man of Steel recruit Aquaman, Wonder Woman (Gal Gadot) and The Flash (Ezra Miller) to battle Steppenwolf (Ciarán Hinds) and his army of Parademons.

'Justice League' trailer: Wonder Woman and Batman recruit the rest of the team