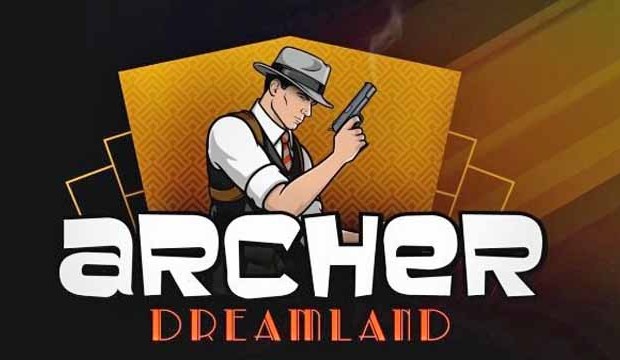 FXX’s “Archer” is attempting to do something at the Emmy Awards that hasn’t happened in 16 years — win as Best Animated Program for two consecutive years. The last time this occurred was in 2001 with “The Simpsons.” The show won in 1990 with the 11th season episode “Behind the Laughter” and triumphed the next year with “HOMR.” For the 2017 race, “Archer” is competing against three shows that have won here before and another that’s in the category for the first time.

For their eighth season, “Archer” submitted their premiere, “Archer Dreamland: No Good Deed.” After being found floating in a pool at the end of the previous season, Sterling Archer has been in a coma for three months. He’s dreaming that he’s a private eye in the 1940’s looking to avenge the death of his partner, Woodhouse (who has died in real life). As he begins his search he encounters many familiar figures based on those in his real life. His search leads him to discover a sex trafficking operation involving the LAPD, and the episode ends with an heiress, Charlotte VanderTunt, hiring him to murder her.

The decision to set the new season in the ’40’s has resulted in some beautiful animation with everything in the show restructured to give it that post-World War II feel. But this season has probably been the most divisive yet. While the show did well among critics (scoring 72 out of 100 on Metacritic), the show’s fans were a lot more critical about where it went. The episode’s lack of the type of humor the show is usually known for could also hurt it with Emmy voters.

Let’s take a look at the other four animated nominees trying to take down “Archer” at the Creative Arts Emmys ceremony on September 9:

If any show could prevent a back-to-back “Archer” victory, it could be “Bob’s Burgers,” which returns for its sixth consecutive nomination, having won here in 2014 for the episode “Mazel Tina.” This year the show submitted the ensemble episode, “Bob, Actually,” that focuses on how all the Belchers are celebrating Valentine’s Day. Bob hopes to impress Linda by learning to ballroom dance but when the class is discontinued, he instead takes up hip-hop dancing. Tina’s invitation to have a sky kiss on a trampoline with Jimmy Jr. is complicated by the fact that she has a bad case of diarrhea. Linda tries to help a stranger rediscover the spirit of the holiday. Gene becomes infatuated with an Italian substitute lunch lady who helps him discover the beauty of dark chocolate. Louise attempts to rescue the feelings of Regular-sized Rudy when she finds out the girl he has a crush on is just using him to copy answers off of and leads to Louise and Rudy sharing their first kiss. This is a fantastic episode that gives every character a chance to shine and show off what people love about them and could possibly be a favorite to prevail.

“The Simpsons” has been the titan of this category with 26 nominations and they’re back attempting to claim their 11th win in this category. For their 28th season, the show has submitted the episode “The Town.” When Homer catches Bart rooting against the Springfield Atoms football and for their arch-rival, the Boston Americans, Homer decides to take the family on a “hate-cation” to show Bart how awful Boston really is. After spending some time there, the whole family falls in love with Boston and decides to move there. Homer, Marge, Lisa and Maggie all adjust well to their new home, but Bart is very disappointed with the town and devises a plan to get the family to move back to Springfield. This was a very well-received episode and showed that the program can still be great almost three decades after their debut. Having last won in 2008, this episode stands a solid chance of recapturing the title.

SEE‘Archer’: The top 20 guest stars of all time from Jon Hamm to Bryan Cranston

“South Park” celebrated its 20th season last year, and now the show is up for its 16th trophy, having won five previously. The episode they submitted was their season opener, “Member Berries.” When members of the girls volleyball team protest being harassed by a vicious online troll (Skankhunt42) by sitting out the national anthem, the nation asks J.J. Abrams to reboot it for the modern day. With the presidential election in full swing, Randy can’t believe that anyone would think of voting for Giant Douche (Mr. Garrison in place of Donald Trump) over Turd Sandwich (Hillary Clinton). Randy gets help in mellowing out with a new super fruit called member berries, which talk and remind people of how great things used to be. As the possibility of winning the election becomes more likely, Mr. Garrison attempts to sabotage any chance he has of winning. We also see the identity of Skankhunt42 is actually Kyle’s dad, Gerald. Despite a much lauded season last year, this season did not garner much positive praise. The story lines were all over the place and much of the resolution felt disappointing to fans and critics alike. Because this episode served as a launching point for all the season’s story lines, Emmy voters might not find this a compelling option.

Finishing up the category is the Disney movie “Elena and the Secret of Avalor,” which was a crossover with “Sofia the First” and served as the origin story for Disney’s first Latina princess. Princess Elena recounts the story of how she had been trapped in the Amulet of Avalor for 41 years by the evil sorceress Shuriki (Jane Fonda). Princess Sofia helps to free her from the amulet, take down Shuriki and reclaim her kingdom for her family. The piece has received good reviews and the presence of two strong female leads definitely gives it an added sense of relevance. In addition to that, longer form material aimed at children has been able to win in previous years with “Over the Garden Wall” in 2015 and “Penguins of Madagascar” in 2013, so this should not be counted out.