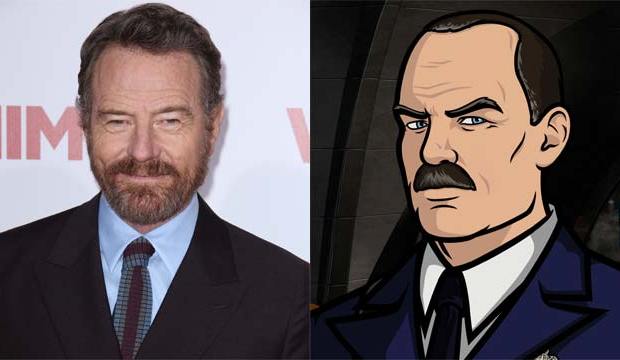 The Emmy-winning animated spy comedy “Archer” returns for its eighth season, subtitled “Dreamland,” on April 5. The series, which will move from FX to FXX, won its first Emmy for Best Animated Program last year after three consecutive nominations.

This season departs from the show’s traditional storyline. Archer (H. Jon Benjamin) is in a coma after his shooting in the season-seven finale, and imagines himself as a 1920s private eye in Los Angeles investigating the death of his partner. He quickly becomes embroiled in a gang war between feuding crime bosses. All of the show’s primary characters will appear as alternate versions of themselves. For example, Mallory (Jessica Walter) will simply be “Mother,” a ruthless crime boss, while Lana (Aisha Tyler) will be a sexy lounge singer and the object of Archer’s affection.

Dish ‘Archer’ with Hollywood insiders in our notorious forums

Over the course of its eight seasons, “Archer” has been visited by some of Hollywood’s hottest stars. This season Emmy-winner Jeffrey Tambor will return to the show as Len Trexler, who will act as one of “Mother’s” rival mob bosses. Tambor is one of many award-winning actors who have appeared on the series. Above, click through our gallery of the top 20 “Archer” guest stars of all time. Does your favorite make the list?

Jeffrey Tambor leaving 'Transparent' amid sexual harassment allegations: Will YOU still watch without…

Golden Globe TV predictions: Jeffrey Tambor & Aziz Ansari are dead even according to our all-stars